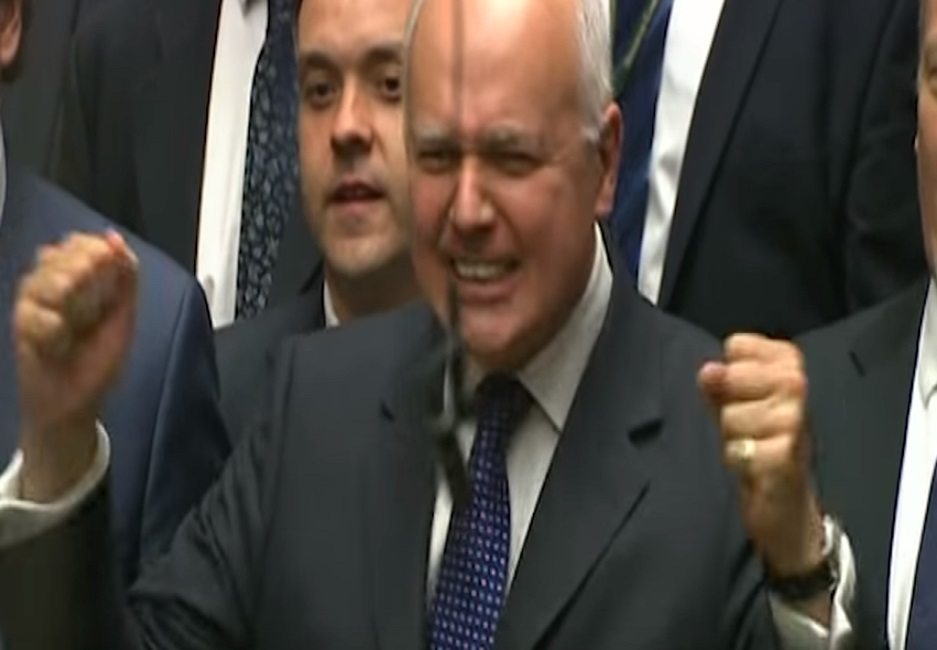 Late last Friday, the government quietly released a report on an area of 2015/16 spending – and it shows just how incompetent the Tories really are.

The analysis of the “discretionary housing payment” (DHP) detailed how local authorities (LAs) had spent central government allocated funds . The purpose of the DHP is to:

allow LAs to make monetary awards to people experiencing financial difficulty with housing costs who qualify for Housing Benefit (HB), or who have housing costs rental
liability in their Universal Credit (UC) award.

The report alludes to the fact that these payments are designed to “help people out” when they’re in difficulty due to welfare reforms. Notably, it is there for people who have been affected by:

What the report demonstrates, however, is how these cruel policies introduced by the Tories are failing. Spectacularly.

Firstly, in 2015/16, the government allocated over £123m to LAs to “mop-up” the effects of its welfare reforms. But the actual amount spent on financial assistance was over £161m – nearly a third more than that provided by the Tories.

Within this, the vast majority (£35m) of the overspend was in Scotland, where the SNP government has set money aside so no one has to pay the infamous bedroom tax.

The figure for the amount spent subsidising the bedroom tax for the whole of the UK was a staggering £83m – or 60% of the total funds made available. When you exclude Scotland, the percentage reduces – but it still accounts for nearly half of all DHPs.

Introduced in 2013, the thinking behind the bedroom tax was that it would reduce the housing benefit bill, free up larger social/council housing for people who needed it, and provide money for LAs to reinvest in new properties.

On all of these counts, the policy has failed miserably.

When the bedroom tax was launched, it was estimated to yield an annual saving of £500m per annum from the benefits bill. In reality, the actual saving is over a third less than this, at an estimated £360m. Factor in the £83m that is now being spent on helping people who cannot afford it, and the government is merely clawing back around £250m. To put that figure into perspective, the saving equates to 0.008% of the UK’s gross domestic product (GDP – how much money the country makes) in 2015.

At the same time, figures from the National Housing Federation estimated that 17,500 fewer homes are being built in England each year as a result of housing associations having to divert funding away from building to sorting out problems surrounding the bedroom tax.

The bedroom tax is the political equivalent of overturning a sofa while a  family is sitting on it, breaking arms and legs in the process, for the sake of finding a quid under one of the cushions.

Writ large, the human cost of the bedroom tax has been devastating.

Research by Ipsos MORI revealed that 64% of social/council housing tenants in rent arrears, were in that situation because of the bedroom tax. Furthermore, a third said they had cut back on food to pay for it, and a quarter said they were turning off heating to save money.

But, as always appears to be the case, it is the disabled that have been hit the hardest. Around two thirds of those subject to the bedroom tax have a registered disability. Furthermore, the tax doesn’t take into account those who need a spare room for storage of medical equipment.

As The Canary reported on 28 June, the Tories’ Dickensian policies have not gone unnoticed by the United Nations (UN), who slammed the government in a report on breaches of human rights. They said that they were:

deeply concerned about the various changes [including] the spare-room subsidy (bedroom tax) […] The [UN] is particularly concerned about the adverse impact on […] disadvantaged and marginalized individuals and groups, including women, children, persons with disabilities, low-income families and families with two or more children.

The UN went further, saying that the Tories must reverse all benefit cuts that were introduced in its welfare reform acts of 2012 and 2016 – including the bedroom tax.

Whether the Tories will heed the UN’s advice remains to be seen, and is doubtful.

But the very fact that the government is having to subsidise a subsidy (yes, think about it) is absolutely preposterous. Furthermore, it demonstrates that the bedroom tax is not about saving vast sums of money, as the Tories like to claim. Instead, it is an ideological, intentional assault on the most vulnerable in society.