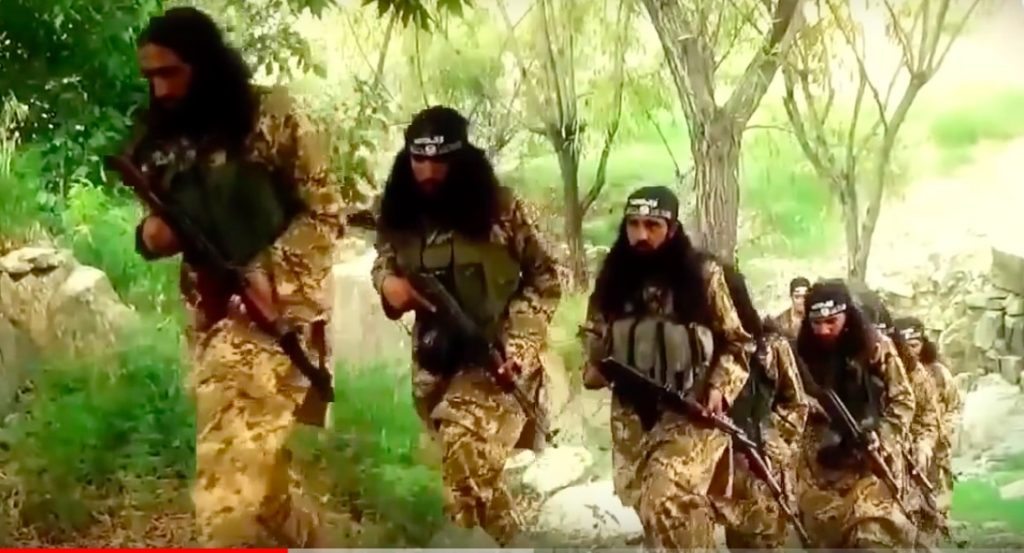 The weekend attack in Kabul that killed 80 civilians is raising questions about Daesh (Islamic State) in Afghanistan. The attack on Afghanistan’s capital could be a sign of Daesh’s growing strength. US and Afghan National Forces (ANF) are therefore keen to retaliate and eliminate the threat as quickly as possible.

But a closer look shows this isn’t quite Daesh as we’ve seen them before. Worryingly, their weakness may depend on the strength of another enemy – the Taliban.

Daesh claimed the horrendous twin attack in Kabul on Saturday 23 July as a martyrdom attack against Shi’ites. Talking to Reuters, Omar Khorasani, a Daesh commander, said that the attack was in retaliation for the support to President Bashar al-Assad from some of the Hazara community, having gone through Iran to fight for the regime in Syria. He said:

Unless they stop going to Syria and stop being slaves of Iran, we will definitely continue such attacks. We can and we will strike them again

Where did Daesh in Afghanistan come from?

Daesh’s presence has grown in Afghanistan. They first emerged out of the eastern border next to Pakistan, as much as five years ago.

Pakistani forces launched offensives in the tribal areas (Orakzai and Khyber Agencies) of Pakistan and Pakistani militants started filtering through the border with their families, where they eventually pledged allegiance to Daesh. The location is optimal in the Nangahar province with Achin as its bases’s headquarters. It provides an easy weapons and logistical supply route into Afghanistan and  the terrain of the Eastern mountain range has never been an easy foe to break.

Daesh in Afghanistan is mostly made up of the Pakistani militants from across the border – the Tehrik-i-Taliban, Lakshar e Taiba – but it has been gathering support from other Salafist fighters, as well as defected Taliban and other splinter groups such as Jundullah.

The main motivation for joining Daesh seems to be disaffection due to tribal rivalries and ethnic differences, while some are looking to join a more global jihad. The group’s attractiveness increased after the death of Mullah Omar, the Taliban’s previously reverred leader who died in 2013. The death was only formally announced last year but silence from the former leader made many suspicious and their allegiances started to turn, making the Taliban more fractured and less united.

Currently, according to analysts evidence of Daesh’s presence has appeared in five provinces: Nagahar, Kunduz, Farah, Helmand and Logar with some smaller formations in the central and northern areas of the country.

However, the Taliban are still the main players in the provinces when it comes to viable insurgent groups. Afghan National Forces (ANF) have also carried out offensives against Daesh, particularly in the eastern stronghold, coupled with US drone strikes against Daesh commanders. These have kept potential uprisings and flag raisings short-lived.

The situation in the north-east is a prime example. As well as the ethnic Pashtun, the Islamic Movement of Uzbekistan (IMU), which had pledged allegiance to the Taliban during the 1996–2001 period, had a strong presence in this area. When they switched allegiance to Daesh following Omar’s demise, the Jundullah group also crossed over, disliking the way the ethnic Uzbeks were being treated by the Taliban and even raised the Daesh black flag on several occasions.

This led to parallel controls of territory. But eventually due to the strength of the Taliban, they were driven out and retreated to the eastern stronghold – Daesh’s Afghan ‘caliphate’.

The Taliban serves an unlikely useful purpose here, despising Daesh as much as their American and Afghan government enemies, they are able to keep the Daesh uprising down.

US spokespeople laud the fact that there are still American troops in the country, which they say will be needed to defeat the ttheat.

However, US military spokesman Brig. Gen. Charles Cleveland suggested to Reuters that what Daesh did in Kabul was not an example of their strength or sophistication, but a response to the increasing constraints on their territory from the ANF and US offensives. Reports have also emerged of a key leader having been killed in an offensive a day after the Kabul attack.

If the Taliban continue to help flush out militants to the east of the country, this makes the offensive by US-backed forces easier. But it complicates the security dynamics in a country that has been struggling to see peace for decades.

Follow The Canary’s International section for more news on Afghanistan.