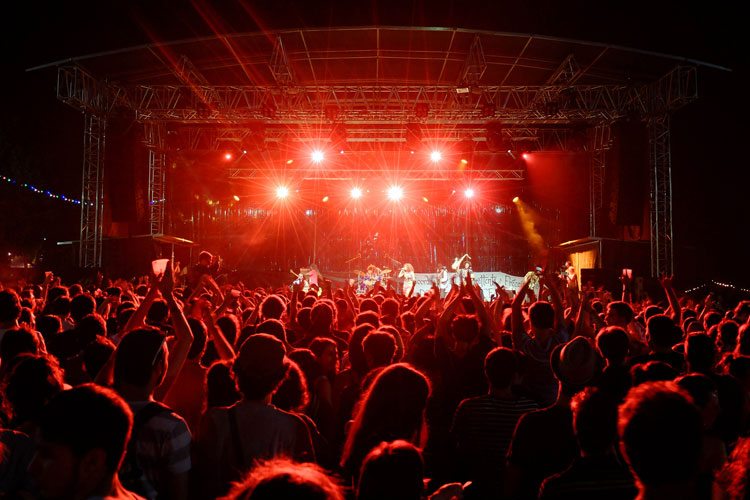 What began as a chat between strangers on social media has become plans for a three-day festival, dedicated to the movement supporting Corbyn and his politics. Cara Ellen Rose, Alex Blower and Rosemary-Anne Grimes, three members of Facebook’s ‘We Support Jeremy Corbyn’ group, were discussing their wish for more people to be able to come together in a positive atmosphere around today’s ‘new politics’, and the idea of C-Fest was born.

The festival is being promoted as “a festival of comradery, social and global awareness, sharing and peace”. And the organising team are making the effort to extend that comradery and awareness to as many people as possible.

Harking back to last year’s #wecantmarch hashtag, an expression by disabled people, workers and others who couldn’t physically attend protests, the organisers have set up a crowdfunder that they hope to help provide coaches for people who couldn’t otherwise afford to attend. In addition, there will be livestreaming of the event for people to tune in from home if they are unable to be physically present for any reason.

The festival will only receive its crowdfund money if at least £5,000 is pledged by the morning of 26th August.

The team welcome other ideas for how they can get more inclusivity for the event. They are aware that:

This is for all of us, and we are trying not to exclude anyone as this goes against our ethos for the whole event.

Speaking to The Canary, Rose explained how quickly things kicked off once they’d begun planning:

Rosemary wrote a message on the group saying she wished more group members could come together to do something positive, so I responded offering my 100x100ft garden for people to come and camp and discuss how we might do that. Alex then posted an encouraging message saying he’d be involved and so I set up a separate group called C-Fest #JC4PM.

Then a couple of event organisers got in touch and gave us some guidance, and as the group grew, we began expanding plans until it’s become a festival for thousands of people…

Only a week later the group already has over 1,000 members, and counting.

As well as illustrating the potential that social media has to bring people together, it also says a lot about the ‘new politics’ represented by leftist leaders such as Corbyn, and Bernie Sanders in the US. Huge grassroots movements have sprung up around the left wing ideals that have punctured the dominance of fickle centrism for so long.

Clive Lewis, MP for Norwich South recently outlined how and why Corbyn’s politics have got people to re-engage with Westminster:

This summer I’ll be backing Jeremy Corbyn for leader of the Labour party.

That’s not because I believe him to be some kind of messianic, cult-like figure with all the answers to the problems we face. Rather it’s because beneath his rise lie many of the fundamental shifts that are happening to our economy, our society and ultimately our politics.

The idea of a literal ‘Corbyn-fest’, a gathering of fervent followers praising ‘the leader’ will certainly attract the criticism of those who believe him to be that ‘messianic cult-like figure’. But it’s easy to misrepresent efforts that reflect the desire for a positive, community-minded, inclusive new politics that have inspired so many to involve themselves in larger debates around what values, unity, progress and power mean in Britain today.

There are few politicians who have been able to rally so many, and have forced politics out of the centrist, two-identical-horse-race that has maintained a stagnant yet dangerous status quo for so long. As Lewis admitted, politicians are only human, but the alliances, ideas and strategies that they promote are what must now be built. When people come together, as suggested by both the festival and The Green Party’s Progressive Alliance, momentum and direction are fostered:

we must also acknowledge that the leadership of the party has not been good enough yet – that is Corbyn’s fault, just as much as it is mine and my colleagues. Alliances have not yet been built; big ideas have not yet been developed.

Call me crazy, but I can't imagine people turning out like this for Yvette Cooper. #LabourCoup pic.twitter.com/cU7gwy0Uv5

These big ideas are what Corbyn and the new left represents, says Rose, and the alliances are what the festival is trying to help create.

The organisers have now set up an event page for the festival, which at this point has far fewer members than they’ve seen in the clamour to join the festival group. They are encouraging people to follow the event page instead, to stay updated with the festival as it develops.

The event will take place from Friday 30 September until Sunday 2 October. The team are currently finalising the venue, but the plan is to host it in the Midlands to keep it relatively equidistant for all.

Donate to the festival’s crowdfund.

If you’re a Corbyn supporter, join the event page and/or the group.