It's official: Brexit will make us all £680 a year worse off - The Canary 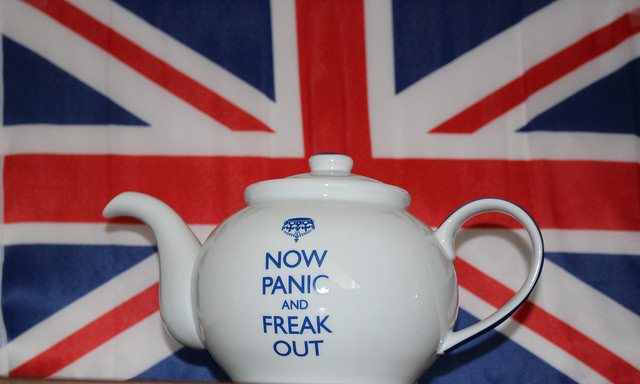 On 4 August, the Governor of the Bank of England (BoE), Mark Carney, announced a swathe of measures to try and deal with the economic fallout from the UK’s decision to leave the EU. But there was little good news for most of the country. In fact, it looks like we’ll all be £680 a year worse off – unless, of course, you’re filthy rich.

Carney announced the introduction of a catalogue of mechanisms to attempt to stave off a recession in the wake of the Brexit vote. Many of these measures were aimed at lessening potential damage to the economy. The headline announcement was that interest rates would be lowered to 0.25% – the first time this has been done since 2009.

While this is good news for businesses and people wanting to borrow money, it’s unpleasant news for savers, who have already suffered years of earning very little on their nest eggs. It will also have a knock-on effect for everyone who has a private pension, as it means that the value of their pot will not grow by as much as it has in recent years.

Carney also drastically cut growth forecasts for the UK’s economy. In real terms, he and the BoE are predicting that the value of everything we produce will shrink by around £45bn by 2018. And while this isn’t a lot in real terms (the size of the UK economy is around £1.6tn), it will have a marked effect on people’s everyday lives.

The Resolution Foundation, a think tank focused on living standards, has estimated that the reduction in growth means that there will be approximately 320,000 fewer people in work by 2018. While some of this is down to a reduction in the number of migrants coming to the UK, around 220,000 jobs may well be actually lost. Also factor in that the cost of everything is set to go up by around 1.1%, and it paints a bleak picture.

Furthermore, the news for the amount of money you’ll have in your pocket is pretty dire, too. Forecasts by the Resolution Foundation indicate that by 2018, each worker will be £615 a year worse off in real terms – that is, when factors like price increases are taken into account. For each household this equates to, on average, £680 a year.

So, in layman’s terms? While it’s going to be cheaper to get a credit card if we want one, the chances are we won’t be able to afford to pay it back.

But as always, there’s one group of individuals who come up smelling of roses from the post-Brexit chaos. The wealthiest.

Carney announced that up to £100bn would be available to banks, to offset the money they will lose from the cut in interest rates (how nice for them). He also announced a £70bn package of what’s called ‘Quantitative Easing’ (QE). This is essentially where the BoE creates money out of thin air in order to buy government and corporate ‘bonds’. These are like loans that are given to the government and financial institutions, which they then pay back over time with interest.

The BoE has been doing this since 2009, and in total it has produced £375bn in this way. But where does all this new money go?

Since 2009, it’s estimated that only £50bn of the £375bn has actually fed back into the UK economy, increasing the value of everything we produce and sell by about 3%. But a lot of the money actually went into the reserves of the banks, where they earn interest and use it to guarantee they stay afloat. Most people don’t see any direct benefit from QE.

In contrast, the BoE itself admits that the top 5% of Britain’s richest people have done best from the QE programme, as they hold the most stocks and shares (where a lot the QE money eventually ends up). And the indications are that it will be no different this time around.

So while you’re struggling to pay your rising heating bills, having to buy all the reduced-price food you can carry because of the cuts in your wages, worrying about how much money you’ll have to retire on, and losing sleep over whether you may lose your job tomorrow – spare a thought for the wealthiest. It must be a terrible burden to know that, while the rest of the UK struggles to cope with the aftermath of Brexit, they are stressing over where their next yacht is coming from.

‘All In This Together’? We most certainly are not.