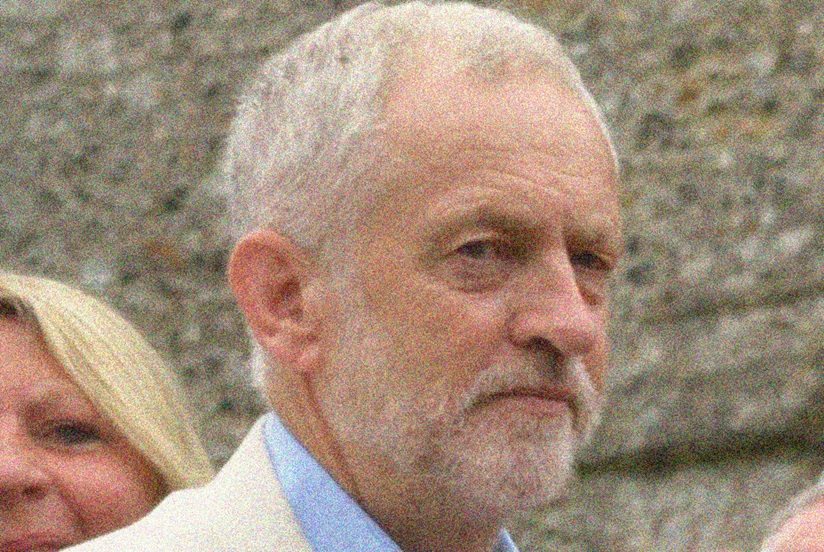 In the wake of a horrific murder of a US citizen in central London on 3 August, Labour leader Jeremy Corbyn respectfully offered his sympathy to her family. But for one Labour MP, this seemed like the perfect time to take a dig.

Jim Fitzpatrick, who served as a minister under both Tony Blair and Gordon Brown, published the following jibe on Twitter:

Are you for real @FitzMP? Using a comment about a woman's death to make an unfunny joke?

@carolewalkercw how insensitive mocking him while he offers condolences to the family of a murder victim , stay classy Jim

Admitting that he is planning to step down after his current term in parliament finishes, the Poplar and Limehouse MP apparently had no desire to respect the wishes of his Constituency Labour Party (CLP), which voted in late July to nominate Jeremy Corbyn as Labour leader. What would the CLP think of embarrassing public critiques of Corbyn from the local MP, one might ask?

What happened to Fitzpatrick?

While Fitzpatrick was once referred to in The Telegraph as “a Blairite loyalist“, he has not always been a typical right-wing Labour MP. According to TheyWorkForYou, he has “almost always voted for use of UK military forces in combat operations overseas” (including the invasion of Iraq), but he took a stand in 2013 by resigning his shadow ministerial post over Ed Miliband’s Syria policy. He insisted:

My objection is not having an exit strategy, not having an end game… There’s only one thing which is absolutely guaranteed – nobody knows what’s going to happen if we go down the road of military action. We’ve seen it too often in recent decades… I’m opposed to military intervention in Syria, full stop.

Then, in 2014, he took another decision that saw him stray from the Blairite path, signing an open letter to David Cameron (along with Jeremy Corbyn and Diane Abbott) which demanded government calls:

for an immediate end to Israel’s action [in Gaza] – which is fundamentally based on the collective punishment of the Palestinian people… and that unless it ends this bloody campaign the UK will move to impose sanctions on it until it adheres to international law. In particular, we demand that Britain will not buy or supply military equipment that has, or could be, used or tested as part of Israel’s illegal occupation or as part of its collective punishment of the Palestinian people.

And Fitzpatrick has even praised Labour’s shift leftwards under Jeremy Corbyn, albeit indirectly. As a former fireman, he welcomed the Fire Brigades Union’s (FBU) decision to re-affiliate to the Labour Party in November 2015 – over ten years after leaving the party over a bitter pay row with the Blair government. He said:

The fact they are considering coming back is good news… The more unions affiliated to Labour, the better for the party… It helps widen Labour’s potential membership and for unions it gives them a political voice in Parliament. Disaffiliation from Labour was a great disappointment to many of us.

Essentially, the MP was insisting that Corbyn’s pro-union leadership was a positive for Labour, given that the FBU proudly claimed to have been “one of the first trade unions to declare support for Corbyn’s leadership campaign”. According to General Secretary Matt Wrack:

Firefighters recognise that the Labour party has changed for the better since the election of Jeremy Corbyn, who has given our members and supporters hope that we can shift the political debate in favour of working people. We have a Labour Party leader and shadow chancellor who are vehemently opposed to austerity, who are ready to fight for a fair alternative that doesn’t attack the living standards, livelihoods and the hard won rights of working people.

The Labour leader is fully and unreservedly pro trade unions; Jeremy Corbyn and John McDonnell have supported the FBU for many years.

All of this begs one important question. If Fitzpatrick thinks greater union involvement in the Labour Party is a good thing, and he supports a more peaceful or moderate foreign policy position, then why has he now decided to make desperate and embarrassing public criticisms of Jeremy Corbyn – the man who represents both unions and peace abroad?

– If you would like to support Labour members fighting for their right to vote in the upcoming leadership elections, you can do so here.