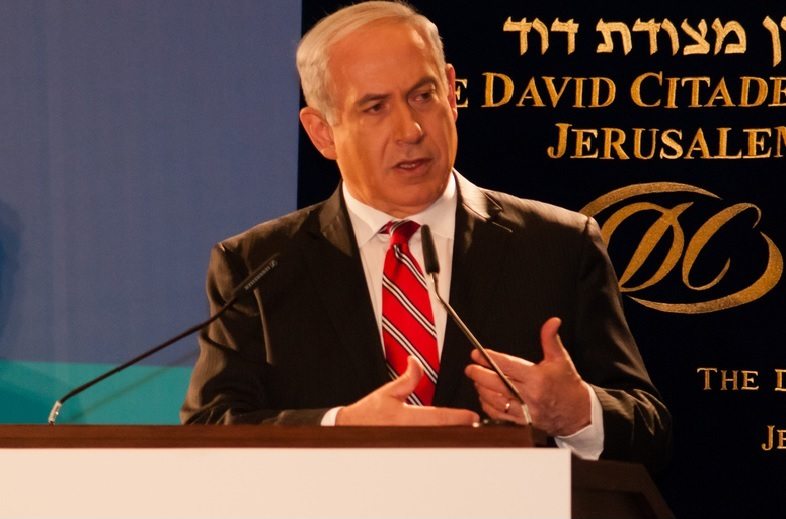 The head of one of Israel’s most successful companies has issued a blistering condemnation of Prime Minister Benjamin Netanyahu. Daniel Birnbaum, the CEO of SodaStream, accused Netanyahu of “systemically spreading hate” and purposefully nurturing the conflict with the Palestinians “in all its evil manifestations”.

His scathing comments come as Israeli authorities move towards a “more aggressive approach” in dealing with Palestinian children accused of crimes, including the minor transgression of riding a bike.

SodaStream’s CEO launched his fierce tirade against the Prime Minister after Israeli authorities barred all of the company’s Palestinian employees from working at its factory.

Previously situated in the West Bank, the factory moved to Lehavim in the Negev in 2014. The change of location was due to the business needing “considerably more space”. The new location is situated in Israeli, rather than Palestinian, territory, so the company was required to acquire permits for its Palestinian workers.

It applied for 350 permits for those workers, but was initially granted only 120. That number was later reduced to 74 after new conditions were imposed. Now, those 74 permits have also been cancelled.

Speaking to The Times Of Israel, Birnbaum explained why:

the Prime Minister’s Office actually intervened to stop the employment of our Palestinians so that Bibi can then point a finger at the BDS.

Bibi [Netanyahu] is systematically spreading hate within Israel between Jews and Arabs and between Orthodox and secular.

With such a separatist track record, it’s no wonder that he won’t embrace a straightforward solution to lower the flames and build a bridge to coexistence. Apparently our 74 Palestinians represent a threat to his agenda.

A government spokesperson, who asked not to be named, refuted Birnbaum’s claim and asserted that SodaStream had succumbed to pressure from the Boycott, Divestment, and Sanctions (BDS) movement. The official also insisted the company knew that the relocation would mean it had to “lose its Palestinian workers”, as the country’s labour laws give priority to Israelis.

But Birnbaum alleges that “the prime minister of conflict” deliberately uses a false narrative that the BDS movement is responsible for the situation because it lays blame on the pro-Palestinian side, and reinforces the notion that peace is not possible.

In another example of what could be seen as a “separatist” approach and refusal to “lower the flames”, on 2 August Netanyahu’s Likud party succeeded in gaining parliamentary approval to imprison Palestinian children as young as 12.

The youth bill passed its third reading in the Knesset, and will allow Israel to jail minors for “terrorist” offences, including crimes such as murder, attempted murder and manslaughter.

Politicians in favour of the bill said it was “borne of necessity”, but it has been strongly criticised by Israeli rights group B’Tselem.

denies Palestinian children their status as minors, and subjects them to cruel, inhuman and degrading treatment.

This perception of the Israeli authorities’ attitude towards Palestinian children was reinforced when a video surfaced of Israeli police confiscating an 8 year old girl’s bike, and throwing it into the bushes.

The officers involved have claimed they took the seemingly cruel action to ‘protect’ the child, and stop her entering the Jewish Quarter. The incident is under investigation, and one of the men involved has already been suspended. The child’s mother, Rania Barkan, commented:

It was the trauma of her life. I don’t know why this soldier set upon her, even if she had gone into a place that was off limits. What danger or threat does she represent? When all is said and done, this involves an 8-year old girl

These developments create a gloomy outlook for the prospect of peace in this part of the Middle East. Netanyahu claims he wants a settlement to the Israeli-Palestinian conflict and aims for “two peoples [to] live freely, side by side, in amity and mutual respect”.

But if these examples are anything to go by, there is very little being done on his part to achieve that. Quite the opposite in fact.

Read other articles at The Canary about Israel.

Read more about what’s going on in the wider world at The Canary Global.

Image via The Jewish Agency for Israel/Flickr