The Tories aren't persecuting the poor out of spite, it's even worse than that - Canary 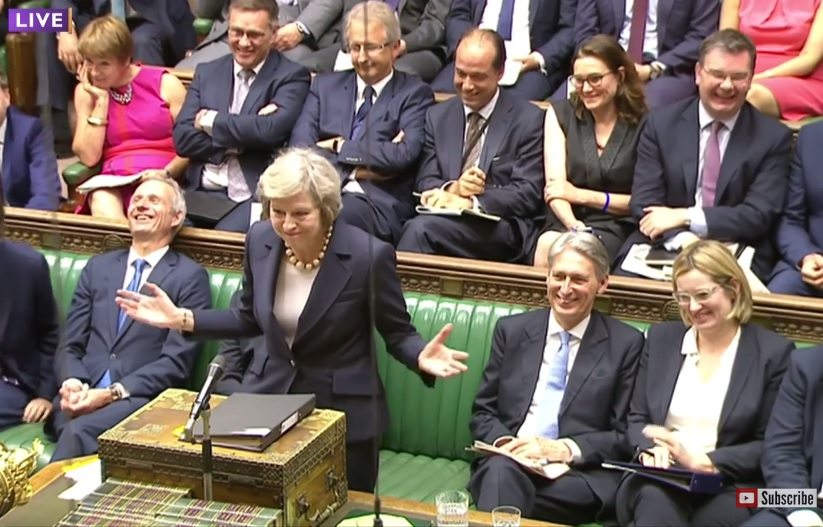 An extraordinary report by the Social Security Advisory Committee (SSAC) has laid bare the real reason why the Conservative government is crippling the poor and the vulnerable. According to the report, the government’s welfare reforms are being forced through without any evidence or assessment of the impact on those affected.

Though the current government frequently lauds its own competence, the SSAC’s findings expose how grossly unfit it is to lead.

The SSAC is an independent statutory body that provides impartial advice to, and is funded by, the Department of Work and Pensions (DWP). It is chaired by Paul Gray, a former civil servant and second permanent secretary for the DWP. In the introduction to the new report, Gray states:

The Committee has observed that legislation required to deliver policies announced by the Chancellor during his Budget or autumn statements is often developed at pace to meet challenging deadlines set by HM Treasury.

This has regularly resulted in secondary legislation being presented to us without meaningful analysis of impact or interactions with other parts of the benefit system.

The SSAC reviewed a number of different reforms introduced by the Conservative government. It analysed the disastrous universal credit scheme, which aims to roll numerous benefits into one monthly payment for claimants and has been fraught with problems and delays. The committee concluded that numerous actions needed to be taken to ensure the scheme is fit for purpose, including:

an urgent review of the operation of the sanctions regime, ensuring that existing rules are thoroughly evaluated and greater testing with incentives rather than penalties to be explored

The sanctions regime is facilitated by the government’s fit-for-work tests, which have been found to be “significantly biased” against those in poorer areas. It has also created a welfare system that is dependent on food bank use.

It also scrutinised the government’s housing benefit (HB) reforms, including an amendment to reduce the amount of HB given to those with children, and to lessen the time period in which late claims can be made. On these proposals, the SSAC noted there was “limited analysis presented on their likely impact” and “limited evidence of effective consultation with local authorities and other stakeholders”.

Recommendations were made by the SSAC to mitigate the risk for those most likely affected by the proposals. These were rejected by the government.

Furthermore, the SSAC assessed the government’s plan to reduce the amount of time considered ‘temporary absence’ from the UK, which determines whether individuals maintain entitlement to HB and State Pension Credit during a period of absence. Again, the independent body asserts that there was a “lack of meaningful data accompanying the proposals”. The recommendations it made were also rejected.

This is a common theme throughout the report. The SSAC is presented with proposals that lack any assessment of their impact; the SSAC does an assessment itself and makes recommendations; the government rejects the SSAC’s suggestions.

In March, then Chancellor George Osborne was found to have based his justification for cuts to Personal Independence Payments (PIP) on “anecdotal” evidence from DWP staff, rather than actual data. The humiliating revelation was discovered in another report drawn up by Gray, who had been tasked with conducting a review of PIP. The Gray Review was published in 2014.

In the SSAC report, its Chair urges the government to take action to resolve its inadequacies:

The absence of evidence underpinning some of the Government’s policy choices has been a significant concern to us over the past year, and we hope that the Government will adjust this aspect of its approach to policy-making in the coming year.

The report covers the period before Theresa May seized the reins of the Conservative Party, so the task of ‘adjusting policy-making’ to include actual evidence now falls at her feet. But considering one of May’s early acts in government was to try to scrap the Equalities Act in 2010, Gray may be sorely disappointed. May claimed that expecting public bodies to be legally bound to reducing inequality was “ridiculous”.

Authorities should be duty bound to tackle inequality and resolve the causes behind it, whether that means poverty, incapacity, or anything else. The government is meant to serve all its citizens. And if it is to do that right, it needs to ground its understanding in facts. That this even needs to be explained to the Conservative government is shocking.

This revelation will fuel the longstanding suspicion that the Tories base their choices on an elitist ideology, and not what the country actually needs.

– Take action against inequality with War On Want.

– Support The Canary so we can continue to bring you important news.