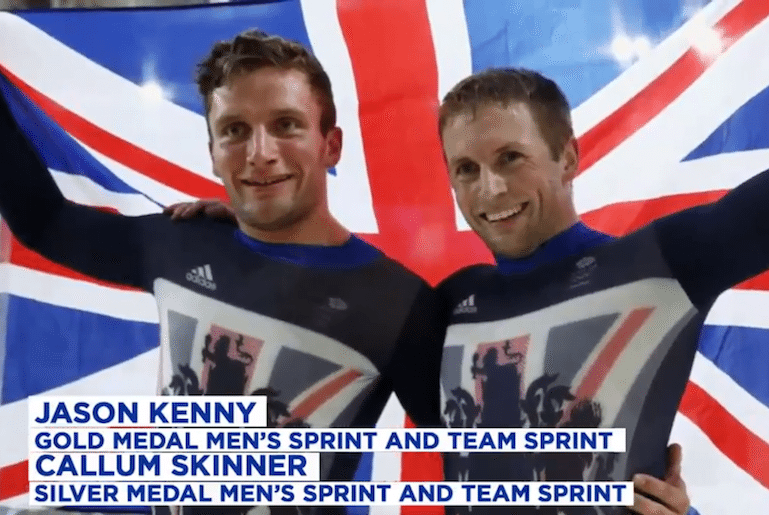 A pro-Brexit campaign just tried to capitalise on Team GB’s success in the Rio 2016 Olympics and push its anti-EU agenda, but gold medallist Callum Skinner was having none of it.

Leave.EU, whose tagline is “leading the way out of the EU”, showed its support for Team GB with a video tweeted on 15 August.

A fantastic effort so far by @TeamGB! We may be small, but we truly are Great Britain! #Rio2016 pic.twitter.com/QuhFiD3i32

The video features quotes that might have been said about Britain’s place in the world – “we’re too small” and “we need to be in the EU” – and then uses images of medal-winning Olympians at Rio. The implication is that Britain’s Olympic success is proof that it can exist outside of the EU.

Skinner won gold during the team sprint event, and silver in the individual sprint, and he doesn’t want that associated with leaving the EU. He replied to the Leave.EU tweet saying that he didn’t want them to use his image to promote their campaign, finishing the tweet with emojis of the EU flag and the Union Jack side by side.

thanks the the support 😊 but I wish you wouldn't use my image to promote your campaign. 🇪🇺🇬🇧

– Catch up with our Brexit coverage here.

– Read The Canary‘s previous articles on the Olympics, and see more international reporting from us at The Canary Global.

– Read more about the Olympic Games’ mission for peace and unity in the world.