As junior doctors get ready to strike, one surgeon is standing up to Hunt in an unexpected way - The Canary 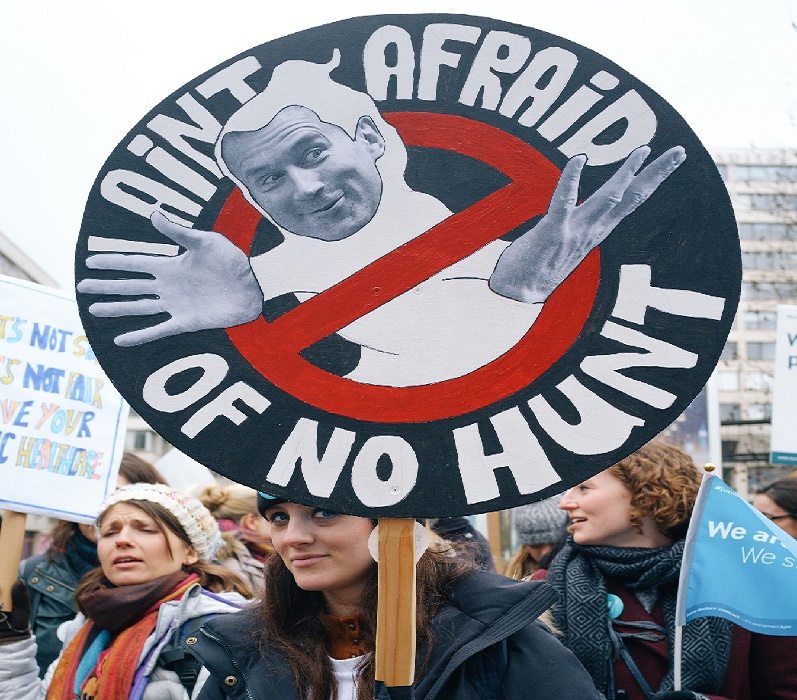 As the dispute between the junior doctors and the government deepens, one surgeon is calling on everyone to ‘Stand Up’ to the Health Secretary, Jeremy Hunt. And he’s doing this by taking a song he’s written to the picket lines to unite the doctors and the public.

Dr Rishi Dhir, an orthopaedic registrar at the Royal National Orthopaedic Hospital in Stanmore, penned his hit single Stand Up in July. As The Canary previously reported, Dhir teamed up with Dave Randall (formerly a guitarist for Faithless and Dido) to produce the track. The idea is to help support the junior doctors’ message that they will not accept the controversial new contract, which is now being imposed by Hunt from October of this year.

But the situation with the junior doctors has now escalated. It was decided on Wednesday that five days of strikes would take place, from the 12-16 September. Then on Thursday, the British Medical Association (BMA) announced three further walkouts, in October, November and December. It’s this which has prompted Dhir to use his song during the industrial action.

Speaking exclusively to The Canary, Dhir said the decision to strike was never easy:

The decision to strike represents a failure of talks and a failure of negotiation. But there are three main issues. Services are already overstretched, and we are in a recruitment and retention crisis. There are 20% fewer applicants to medical school yet 25% of rotas have gaps, 77% of which are not being filled. Doctors are fire fighting every day to cover a five-day elective service and seven-day emergencies.

But the government now want to stretch them to seven days non-emergency work without putting any funding for the extra services and cutting staff wages. Not only doctors have recognised this but the government’s own risk register has, which was leaked this week. It said a seven day NHS was ‘unworkable’, ‘unfunded’ and unfair to those doctors who do the most emergency work.

Dhir said the other two areas of concern were that doctors have no whistleblowing protection. “Not only are we being forced to work in a riskier, overstretched environment,” he said, “but if we see any problems with patient care we are not protected if we report it.” Dhir believes this may lead to a culture of cover-ups: “I believe that patients want doctors to be honest and ‘do no harm’. This removes that”. He also stated that junior doctors have no named employer and are not covered by contractual law. Which means, if dismissed, they have no rights to a tribunal or fair hearing; therefore the very nature of a contract does not actually exist.

Dhir only decided he wanted to be a doctor relatively late in school; he says he always had a passion for the arts, but science was something special:

I felt that medicine offered that scientific background but encompassed creativity and an ability to make a real difference. Oddly enough I never planned to specialise in orthopaedic surgery. Not originally. I wanted to go into forensic psychiatry…! But upon working as a doctor, I found surgery interesting and rewarding, and it appealed to my nature of ‘trying to get things done’.

It’s that nature of “trying to get things done” which seems to make Dhir such a passionate campaigner for the NHS. He says the last year has really highlighted how the doctor profession has been devalued, and the attacks by media and the government on their integrity has made many question the profession itself. But this has been a long time coming; namely the past six years:

Sadly recruitment and retention has worsened markedly since the Conservatives came to power, as has staff morale. Technology has advanced with the move to electronic notes and communication. But there has been a large negative drive with sequential cuts, the Private Finance Initiative (PFI), increased paperwork and red tape designed simply to undermine NHS services.

Dhir is also extremely concerned for the future of the NHS. While he says that technological advances in orthopaedic medicine are extremely promising, it’s the political aspect which is so worrying. He sees the NHS cuts, hospital and service closures as attempts to ‘break’ the morale of staff. And he believes the service is being primed for failure, in preparation for a two-tier insurance system, as per the US model. “Free health care at the point of delivery is a right of every UK citizen,” Dhir says, “and this is under massive threat”.

Singing on the picket lines

The “threat” is part of the reason he decided to write Stand Up. Dhir says that he wanted to try and break through the media spin and get the message out there, in a way that grabbed people’s attention:

I wanted to get the message out in a way that cut through all the rhetoric. At the time, the junior doctors’ contract was being put to a referendum, under the radar. I was concerned people were losing morale and hope. I sing and songwrite in my spare time, and wanted to put my efforts into writing an anthem for the movement. Something which would unite people, both the public and NHS staff, and show them this is a cause worth fighting for. I approached Dave Randall who worked with Faithless for 15 years and we hit it off. We managed to turn the track around in two weeks.

And the song certainly does grab people’s attention. Dhir says he wrote it as a catchy, easy to learn song to sing on the pickets. And the message is a simple, yet powerful one: “It’s not safe, not fair but they just don’t care. We did not sign up for this.”

Directing the video as well, he says that the process was “demanding, emotional, sleep- depriving but immensely rewarding. It challenged me in ways I hadn’t been challenged before.”

The public and the junior doctors: side by side

In making the song as accessible, he hopes to tap into the massive public support the junior doctors already have. During previous rounds of industrial action, polling showed the public increasingly blamed the government as the dispute went on. And Dhir believes it’s because people understand what’s going on:

I believe that the public understand that the junior doctors are fighting for a bigger issue here. By overloading and undercutting the service, it is being primed to fail and prepared for privatisation. Services and hospitals are being closed every day due to lack of staffing. I feel for, and apologise to, any patient who has an appointment or operation cancelled because of the strikes. But every week I am cancelling three cases due to lack of beds and funding. And if we do not stand up to this there may not be an NHS to fight for.

It’s a damning indictment of the state of the NHS, when a prominent surgeon says he is having to cancel operations due to funding problems. And it’s a sad one as well for, as Dhir says, the NHS is a wonderful thing:

When you break it down to the doctor/patient relationship and see a patient in a clinic who you have treated and made a profound difference to their life … The stories, the personalities, the unsung heroes … That cuts through the rubbish and makes it worthwhile.

With the first wave of industrial action set to begin on 12 September, Dhir is resolute in how he sees a solution forming. “Initially, the threat of imposition and all thoughts of delivering elective seven-day services without funding have to be disbanded,” he says. But also the government needs to be transparent and honest about their goals and the funding needed to fulfil them. “The staff here are not the enemy”.

The single is available to download now, but Dhir is hoping to get it to rocket up the charts for the start of the first strike. “I want as many people as possible to download Stand Up on Friday 9 September in solidarity with the junior doctors”. All proceeds from the single go to charity (Mental Health for Professionals).

The Canary asked Dhir if he had a message for Jeremy Hunt. His response was simple, but to the point:

Drop the lies and toxic rhetoric. Nobody is buying it anymore. Let’s try something novel: honesty.

He also had a message for the public, in the wake of the decision by the junior doctors to take more industrial action:

Please try and cut through the media and government spin and stand with us. This is so tough to do, but so vital in the bigger picture of protecting our NHS and your safety.

The NHS is mired in a period of extreme uncertainty and ideological attacks from the Conservative government: there will be a £20bn “black hole” in funding by 2020/21; student nurses are losing their vital bursaries; £16bn worth of NHS services have been sold to private companies in the past three years; mental health services have lost over 5,000 nurses and 2,000 beds since 2010; and over 60 towns and cities have seen vital services closed. What the junior doctors are fighting for is more than just a contract. It is the future of the health service. And as Dr Dhir says, it’s time we all “Stand Up” and fight for the NHS.

– Support the Justice for Health team in their legal action against Jeremy Hunt.