The government just delivered a massive slap in the face to taxpayers, then Southern Rail put the boot in - Canary 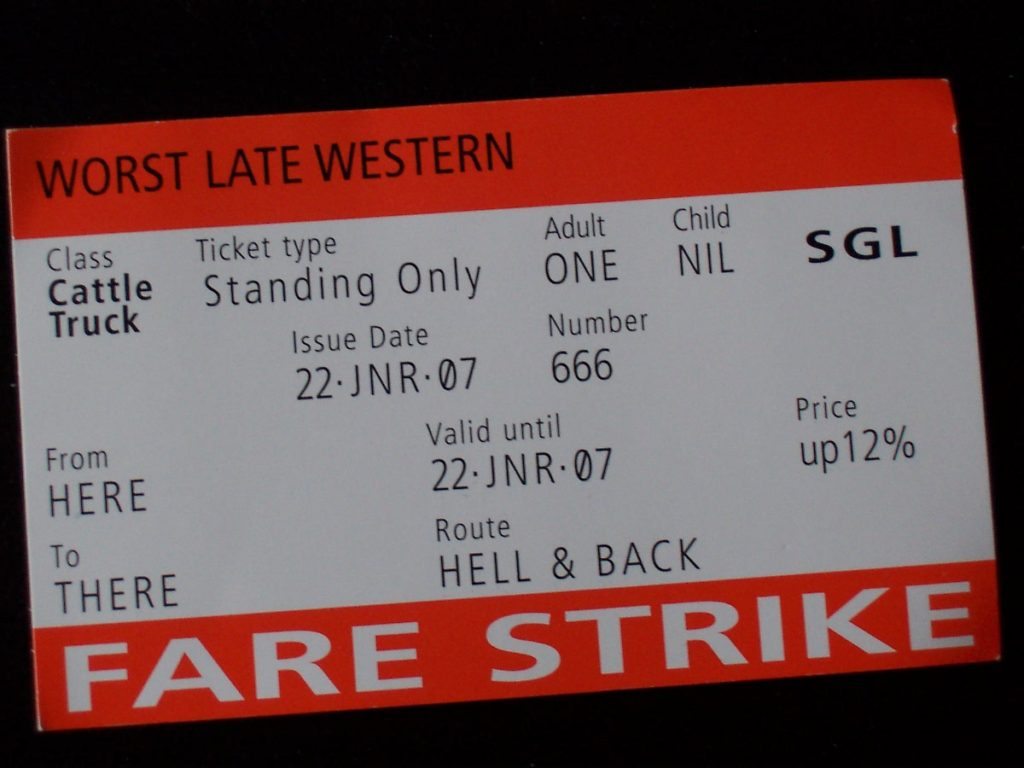 The Conservative government has announced the unthinkable regarding beleaguered train company Southern Rail. It is going to subsidise the private company to the tune of £20m, in an attempt to sort out the rail operator’s mess. But there was an almighty slap in the face for passengers and workers alike. Southern Rail has actually just increased its profits to the tune of nearly £100m.

The rail operator has hit the headlines on numerous occasions this year. The parent operator of Southern Rail, Govia Thameslink, is rated as the worst rail company for punctuality, with just 81.5% of trains arriving on time. It was named the worst rail company in the National Rail Passenger Survey. The Rail, Maritime and Transport (RMT) union is in a protracted industrial dispute with Southern Rail over jobs, working conditions and passenger safety. And as The Canary previously reported, ticket prices are set to go up by 1.9% in England, Scotland and Wales from January 2017.

I want the Southern network to be run by a team of people who work together to make sure passengers get decent journeys and that problems are dealt with quickly… We also need to get to grips with things that go wrong on this part of the network. That is why we are putting in place a £20m scheme to tackle the cause of breakdowns that too often cause frustrating and damaging delays on the network.

As we have seen with the Southern Rail debacle, ministers are clinging to a failed model for purely ideological reasons and commuters are being made to pay the price. This is why Labour is committed to bringing rail franchises back under public ownership as they expire.

It comes as little surprise that the Conservatives are so willing to throw money at Southern Rail. The boardroom of Southern’s parent company, Go-Ahead, is made up of executives with close links to the government.

Chairman Andrew Allner, for example, used to be a partner in the firm PricewaterhouseCooper (PwC), which advises the Treasury. Patrick Butcher, Go-Ahead’s chief financial officer, is the former group finance director of publicly-owned Network Rail. Nick Horler, a non-executive director, also carries out the same role for the recently-privatised Royal Mail. And Go-Ahead’s chief executive, David Brown, is also the director of Rail Delivery Group Limited, a government-linked consortium of all the major private train operators.

Furthermore, the second largest shareholder in Go-Ahead is Investec Asset Management Ltd. The director of Investec is one Tory peer and donor, Lord Flight, who was also named in the Panama Papers offshore tax scandal.

This stinks of another multimillion pound taxpayer subsidy to bail out the failing Southern rail part of the Govia Thameslink franchise. If there’s money to prop up this private outfit, why isn’t there cash available to make sure that the guards and safety are protected on their trains?

If this huge chunk of money was allocated to maintaining the safety-critical role and the jobs of the train guards on the Southern services, we could have avoided the strike action that has been forced on us again next week by the penny-pinching and intransigence of GTR.

It’s little wonder that Richard Branson’s Virgin Trains seemed so intent on discrediting Corbyn over “TrainGate“. Because with the mess Britain’s rail network is in, and the Labour leader’s call for renationalisation, passengers’ patience with private companies may well be running out of track.