The Express runs a spoof story as real news, and it's hilarious [OPINION] - Canary 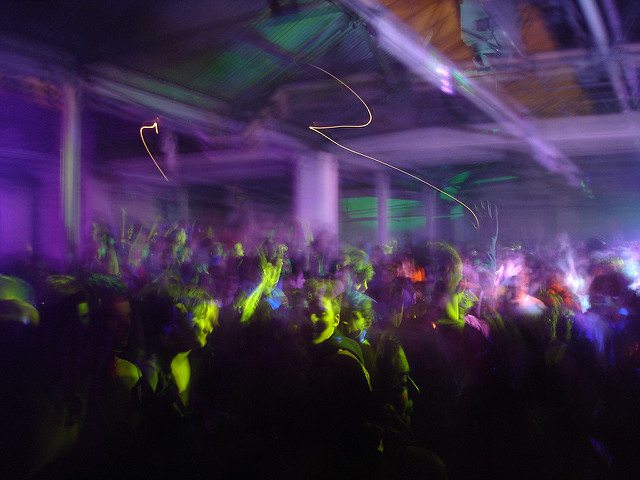 The Daily Express made an epic f*ck up this week when it ran a spoof story about the closure of London nightclub Fabric and how it had triggered hundreds of raves around London.

Wunderground published the story on its website, claiming that 172 raves are due to take place around London, and included quotes from “leaders” of the “London Rave Scene”. According to its satirical article, an official spokesperson for the London Rave Scene stated:

If Islington council and the Metropolitan Police think that closing Fabric will prevent thousands of people from taking drugs and listening to techno, they’re well and truly mistaken, you should see all the plans for this weekend.

With headlines such as “Ibiza to introduce gurning tax on club dance floors” and “Politicians vow to take out London football clubs next”, it doesn’t take much to work out that this is a spoof site. But that didn’t stop The Express running the story as: “Police warned hundreds of illegal raves are springing up this weekend after Fabric closure”. Quite how or why the police were warned about the contents of a spoof article is unknown.

The paper quickly realised its mistake and withdrew the article. The URL now directs to an old article about the closure of the club.

Things do slip through the net occasionally. No one is perfect after all. But this was a pretty monumental mistake. And the article was withdrawn when the tabloid was made aware of what it had done.

But this hasn’t been the case with its poor journalism in the past, which has been far more damaging.

In 2015, the Independent Press Standards Organisation (IPSO) found that The Express had “distorted data” with its front page article: “English is starting to die out in schools”. In this case, IPSO found that the story was “completely unsupported by the data the newspaper had cited”.

In other words, it lied.

While the newspaper was forced to print an apology, it was referred to in small letters on the front page, and the main details were hidden away inside the paper. The damage had been done to the communities affected, and this added to the climate of racism fostered by such headlines.

A quick glance through previous Express headlines shows its customary bizarre mix of immigrant-bashing and scare stories over extreme weather. It is this culture of fear that is replicated in the Fabric story – “police warned”, “hundreds of raves”, etc. The long-running concoction of scare-mongering journalism makes this story both hilarious and less forgivable as a genuine mistake. After all, it’s not like you can really see the difference in the rest of its journalism.

There are many stories the paper could have run about Fabric closing.

The iconic club was forced to close its doors after Islington Council revoked its licence following two recent drug-related deaths. One councillor stated that:

A culture of drugs exists at the club which management cannot control.

But there is far more to the story.

Fabric was subject to an undercover policing operation, named Operation Lenor. (You know – the fabric softener. Who says the police don’t have a sense of humour?) This operation found anecdotal evidence of drug use. For example, people were:

manifesting symptoms showing that they were (on drugs). This included sweating, glazed red eyes and staring into space.

They also commented that:

people in the smoking area enquiring about the purchase of drugs… I believe within earshot of the security officer.

While these comments were repeated in the claims by Islington Council, it failed to mention the other findings of the undercover officers that:

the general atmosphere of the club was friendly and non-threatening… there was a diverse demographic in regards to race, [with people speaking] French, Italian and Chinese.

Local MP Emily Thornberry wrote to the council in support of keeping the club:

Fabric has huge cultural significance to an entire generation — a generation too often ignored and overlooked by politicians and policy makers.

Since the club opened in 1999, it has had over 6 million visitors, and hosted 5,000 artists. There have been six deaths during this time. Every death is horrific and tragic. But, statistically speaking, there has to be something else going on to justify the closure of the club.

The answer is, of course, gentrification. Alongside Brixton’s railway arches, school playgrounds, and the rise of “super flats”, wealthy elites want to turn London into their personal playground. And while Islington Council has denied it will make any money out of the sale, as this tweet points out, that doesn’t mean they weren’t necessarily influenced by other agendas:

According to an article in The Independent, which examined the policing operation and the council decision:

Fabric was always going to close, drugs deaths notwithstanding. It’s not the police. It’s not drug laws. It’s likely a government that continues to roll back public services and institutions in an ever more calculating attempt to attract foreign money. And no amount of well-meaning drug law debate is going to change that.

And, as Emily Thornberry points out, closing the club will not necessarily change how and where people take drugs:

We must guard against the assumption that dangerous drug use would cease simply if we were to close a nightclub like Fabric.

There is also a massive class difference in the way drug-related deaths in more salubrious locations are treated. There have been no calls for the Dorchester Hotel to close its doors following a recent cocaine-related death. Nor are there even calls for the hotel, which can cost up to £2,000 a night, to operate stringent search policies such as the ones adopted by Fabric to ensure their premises are not being used for drug use.

It’s not just this club. The very fabric of London is changing and many people, having grown up in the city, now no longer recognise the place they used to call home.

The gentrification of UK cities must be resisted. And while The Daily Express has been shown up for its shoddy journalism, the idea of hundreds of raves across London wouldn’t be the worst way to protest against the closure of Fabric and gentrification.

– Find out details of how you can protest against the closure of Fabric here.