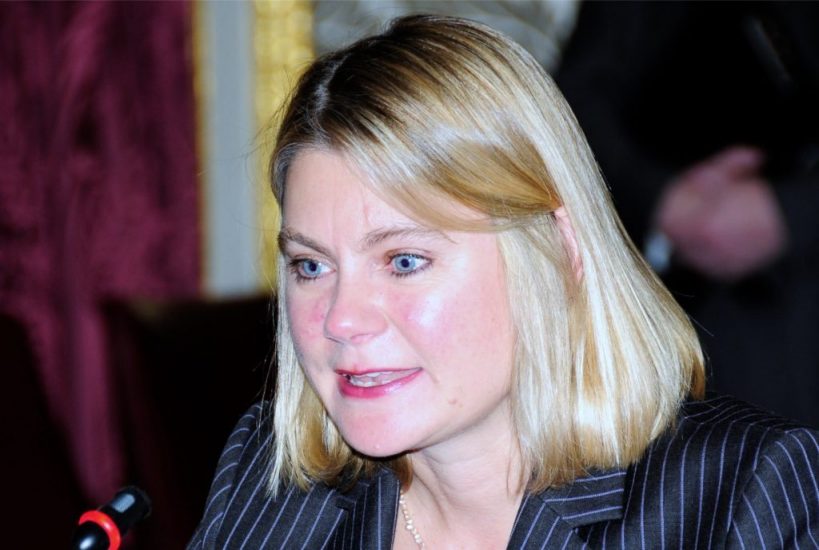 British citizens have come to expect that politicians will usually avoid giving straight answers to important questions. And on 9 September – the day Theresa May openly put the creation of new grammar schools at the centre of her education plans, Education Secretary Justine Greening didn’t let us down. Asked for evidence on Radio 4’s Today programme which could help explain the government’s new focus on grammar schools, she stumbled and avoided the questions as best she could.

On the show, she was asked by presenter Mishal Husain:

What is the evidence base on which you’re making the argument for new selective schools?

After repeating the unrelated line she’d clearly rehearsed before going on the programme, she was asked again:

But what is the evidence base that leads you to think that selection is part of the way of getting good schools for everyone?

Eventually realising that Greening wasn’t going to give a straight or comprehensive answer to those questions, the programme moved on.

What about the children left behind by selective education?

But then, Husain played a comment from chief schools inspector Sir Michael Wilshaw, who said:

We will fail as a nation if we only get the top 15% to 20% of our children achieving well. We’ve got to… get many more children to achieve well in our schools. And my fear is that by dividing children at 11 and by creating grammars and secondary moderns – because that’s what we’ll do – then we won’t be able to achieve that ambition.

With this damning verdict in mind, the key follow-up question was:

How can a selective school deliver for every single child?

To which Greening replied:

Because parents want choice for their children and there are some children who want and need to be academically stretched.

Listeners may have noticed that this wasn’t exactly an answer to Husain’s important question.

And Greening went on, but effectively failed to give any firm proof that grammar schools would help to deliver a quality education for all of the UK’s children.

A costly distraction from the real issues

The Canary has already discussed some of the major problems with Tory plans to bring back grammar schools, looking at the myth of social mobility related to the institutions and the fact that, while intelligent children may do better at grammar schools, people who don’t get in tend to do worse than they would otherwise. Poorer children, meanwhile, including the brightest, are less likely to go to grammar schools – partly because wealthier parents can pay for private tutors to prepare for entrance tests, and partly because many of these schools tend to be in more affluent areas.

Educational achievement depends on a number of factors unrelated to the type of institution a child goes to. While environment and parenting have a big impact, so does the quality of teaching – something determined in large part by the freedom, training and resources that teaching professionals are given. With this in mind, the focus on grammar schools seems inappropriate to say the least – especially at a time when Britain has a shortage of school places, the highest rate of teachers leaving the profession in a decade, and over half a million pupils in super-sized classes.

Labour leader Jeremy Corbyn has promised to fight against the expansion of grammar schools, insisting that “alliances will be formed” in parliament in order to do so. The reason for his opposition, he says, is that the selectivity of grammar schools:

divides communities, divides children and ends up giving a good chance to a minority and less chance to the majority.

And there is clearly division within the Conservative government, too. Former Education Secretary Nicky Morgan, for example, has said:

I believe that an increase in pupil segregation on the basis of academic selection would be at best a distraction from crucial reforms to raise standards and narrow the attainment gap, and at worse risks actively undermining six years of progressive education reform.

In other words, opposition to the government’s new drive for grammar schools is strong. And the longer Justine Greening and Theresa May fail to address more pressing concerns in the education sector and refuse to give firm evidence for their proposals, the stronger that opposition is likely to get.