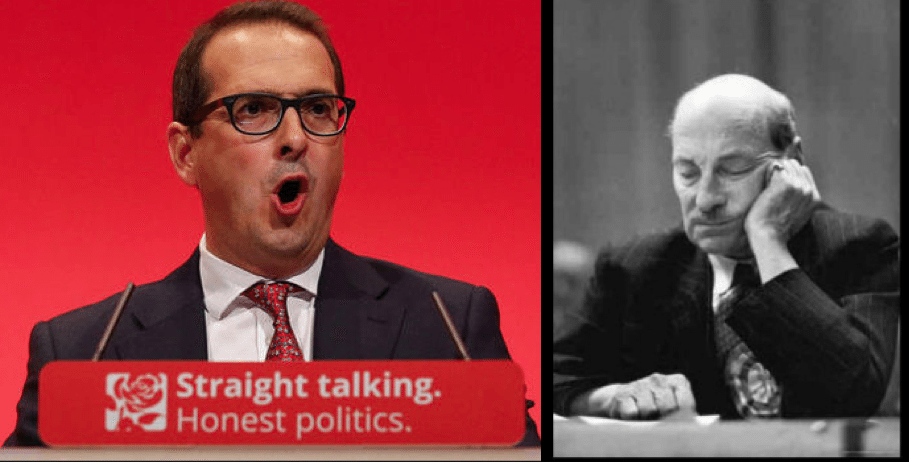 The great nephew of Labour Prime Minister Clement Attlee has been purged from the Labour Party, after forty years of membership. His suspension comes just days after he wrote a blog post backing the incumbent Labour leader in the forthcoming leadership election.

John DW Macdonald is a descendant of post-war Prime Minister Clement Attlee, whose government created the NHS, the national education system, and Britain’s most successful social housing programme. Macdonald has been a Labour member for forty years, and recently penned a letter with Cath Attlee (the former PM’s great niece) urging Labour members to vote for Jeremy Corbyn in the forthcoming leadership election. On 9 August, the pair wrote:

As Clem Attlee’s great niece and great nephew we would like to strongly endorse the continued leadership of Jeremy Corbyn.

Under our great uncle as Prime Minister, the Labour Government enabled the creation of the Welfare State, inaugurated the National Health Service, implemented a major council housing building programme and achieved full employment, increased living standards and economic growth. This was done at a time of economic debt which makes any recent debt pale into insignificance. We applaud the success of Jeremy Corbyn and John McDonnell at exposing the economic fallacy behind the doctrine of Austerity and setting both the national agenda and the course of Labour Party away from this failed economic model into one that invests both in the economic future and in all the people of this country, with no-one left behind.

We urge all members and MPs to vote for and rally around Jeremy Corbyn so that the Labour Party, under his leadership, can present the alternative government approach that is so desperately required for the economy of the United Kingdom and the well-being of its people. The Attlee Government demonstrated emphatically that this can be achieved and we urge the party to place their confidence in a strategy rooted in this most successful and ground breaking era of Labour government history but re-calibrated for the 21st century.

A month later, Macdonald has been suspended from the Labour Party for ‘abusive behaviour on social media’. It is possible that the social media activity in question was simply the promotion of Jeremy Corbyn.

A review of Macdonald’s Facebook account reveals photographs of a recent trip to Auschwitz and reminders of the dangers of fanaticism and bigotry, acres of poetry and photography, and the odd dose of politics.

Like so many others, Macdonald will have to wait until after the leadership vote to appeal this decision. This latest incoherent action, combined with the widespread purge of other Labour members, would provide ample reason to heed Macdonald’s call for the suspension of the Labour Party’s General Secretary Ian McNicol, and an immediate review into the electoral integrity of the party.