David Cameron walks away from politics, leaving a toxic legacy in his wake [OPINION] - The Canary 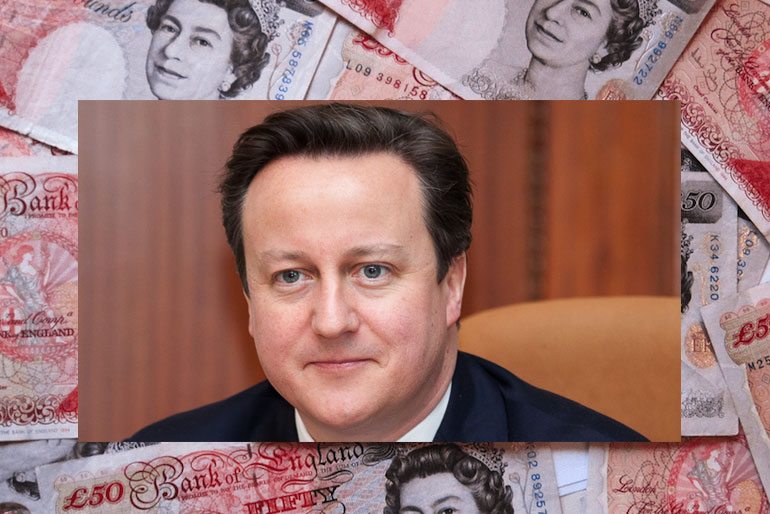 It was over before it began. Former Prime Minister David William Donald Cameron lasted a grand total of two months as a backbencher. Despite no one knowing yet what Brexit actually means (‘Brexit means Brexit’ is still the closest we have come to a definition), it has not only cost him his place at Number 10, but in the end his entire political career.

Of course, Cameron will be fine. A rich, provincial Tory in the traditional mould, despite PR attempts to portray him as a regular family man, his personal wealth is estimated to be somewhere in the millions. He’ll probably now secure a variety of private, corporate commissions and live a comfortable life of luxury homes and private jets. But what of his true legacy? How should history recall the Cameron era?

Certain key moments are bound to figure, with the Brexit balls-up foremost. Here was a prime minister so desperate to appease factions within his own party that he was prepared to take a punt on a major constitutional issue to do so. It backfired, of course, after an awful campaign of lowest-common-denominators in which some of his closest Conservative allies divvied up into teams then shouted slogans at each other like two groups of drunks in a pub. For Cameron, the wrong group won. Oops.

His end as PM was confirmed on 13 July, with a typically insouciant resignation speech followed by that curious walk back to the door. He even sang a little song. Did he really care? His face and body language did not suggest as much, despite what his mouth had just said.

So it was for much of his term in office – a total of six years and 63 days, in which his relaxed manner and frequent attempts at humour belied the ideological morass he oversaw.

Beginning with his Lib Dem coalition in 2010, under Cameron’s premiership, the austerity model was put into top gear with the accelerator down. Cuts to essential public services wheeled by, one after another, with the banking crisis of 2008 used as an excuse. That this had occurred under a nominally Labour government gave Cameron the perfect cover. We were “balancing the books”, he said, and most famously “all in this together”.

The anaemic response from Labour under Ed Miliband, in which the Tories’ economic model stood virtually unchallenged, saw Cameron win the 2015 election by default. The policy continued – cuts to disability benefit, the bedroom tax, tightening restrictions on unemployed claimants, leading to exponential growth of food bank use, while chief executives raked in bonuses worth millions. While he prepares for his new life, he leaves behind a country in which the gap between haves and have-nots has risen to eye-popping levels. This is his legacy.

As he walks away, the top 1% of the UK population is worth twenty times the bottom 20%. In other words, roughly 644,000 of the wealthiest Brits have as much accumulated wealth as the bottom 13 million. According to Oxfam, this makes our nation, which he professed to “love so very much”, one of the most unequal societies in the developed world.

Of course, there are other things we could mention. Pig-gate, the enthusiastic bombing of Libya, and his pompous urging of Jeremy Corbyn to “put on a proper suit, do up your tie and sing the national anthem”. All could provide chapters and anecdotes for a future biography. But it is his domestic, economic record which will stand by his name.

Under his nonchalant guidance, the UK became a caricature, a pinnacle of avarice and of disregard for the disadvantaged. With his uniformly repulsive cabinet – Osborne, Gove, et al – the mask came off. Theirs was 21st-century Conservative politics. Hyper-elitism. Thatcher on speed.

Thanks for that, Dave. You won’t be missed.

– Support The Canary so we can keep holding the government to account for its actions.