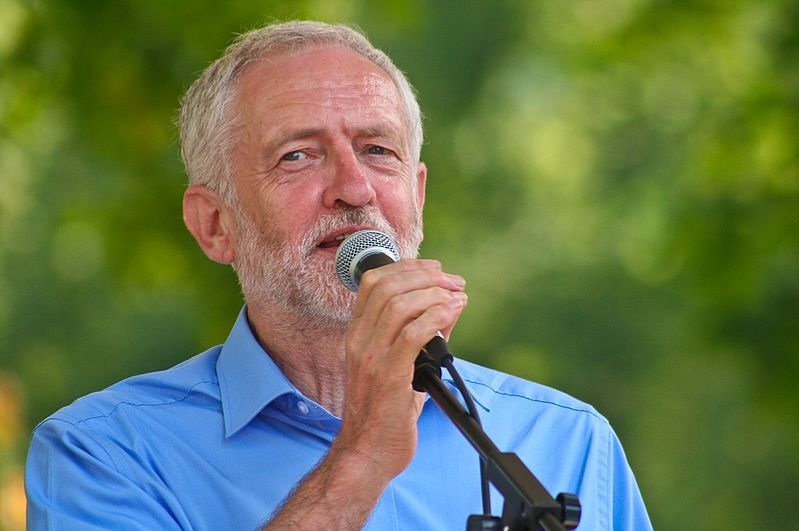 Labour MPs could use the Conservatives’ upcoming boundary review to ensure Jeremy Corbyn loses his parliamentary seat as an MP, according to comments made by one MP. It seems the Parliamentary Labour Party (PLP) will leave no opportunity unexploited in its efforts to unseat the current Labour leader.

As The Canary reported on 12 September, details of the proposed boundary review have now been released, and Corbyn’s North Islington constituency would be affected by the changes.

The Labour leader’s seat would be split up, and the segments divided between neighbouring constituencies. But a chunk of Corbyn’s electorate being handed over to a new Finsbury Park and Stoke Newington constituency may be large enough to qualify Corbyn to contest that seat.

Speaking to The Mirror, a Labour spokesman explained:

There is every reason to believe Jeremy will still have a seat to contest.

The PLP met following the boundary review details being revealed. A source at the meeting described the mood as “sober and thoughtful”, according to The Guardian. Allegedly, one MP addressed reporters when leaving the meeting, saying:

All women shortlist in Islington, that’s what we want

An all-women shortlist would, of course, disqualify Corbyn from contesting the Finsbury Park and Stoke Newington seat. This was, The Guardian explained, the “one moment of lightness” in an otherwise sobering meeting.

Owen Smith, the MP currently challenging Corbyn in the Labour leadership contest, may also have to contest his Pontypridd seat, as the changes mean it would be merged with the Cynon Valley constituency.

As yet, no member of the PLP has expressed an interest in creating an all-female shortlist in Smith’s constituency.

A boundary review was promised by the Conservative government two days after winning the 2015 general election. It is billed as a cost-cutting exercise, and was formally launched in February 2016. Its stated aim is to reduce the number of constituencies, and therefore MPs, from 650 to 600 – by equalising the number of voters in each area. The new arrangement will be put before parliament for approval in 2018.

The government’s suspected motive for the changes is to increase the number of Conservative constituencies, so it can try to garner a stronger majority in parliament in the 2020 general election. According to research by Conservative peer Robert Hayward, the changes could affect 200 Labour Party seats. He says Labour may lose 30 seats completely.

But a number of Conservative seats would also be affected. Boris Johnson, George Osborne, and others would all have to battle for theirs. Some Tory MPs have criticised the proposals being implemented, unless other reforms take place alongside them. They have called for a reduction in the number of Lords and government ministers if the reduction in MPs goes ahead.

Parliament will vote on the proposed constituency changes in 2018. Whether they will find approval among the various parties’ MPs is as yet unknown. But it seems that Labour’s PLP has already identified one clear upside of the changes going ahead: it may allow Labour MPs to stick it to Corbyn once more.

That’s what you call devotion. If only the PLP showed such dedication to toppling the Tories, its party could be back in power in no time.