Schools have no plan to tackle sexual harassment, and girls are suffering - Canary 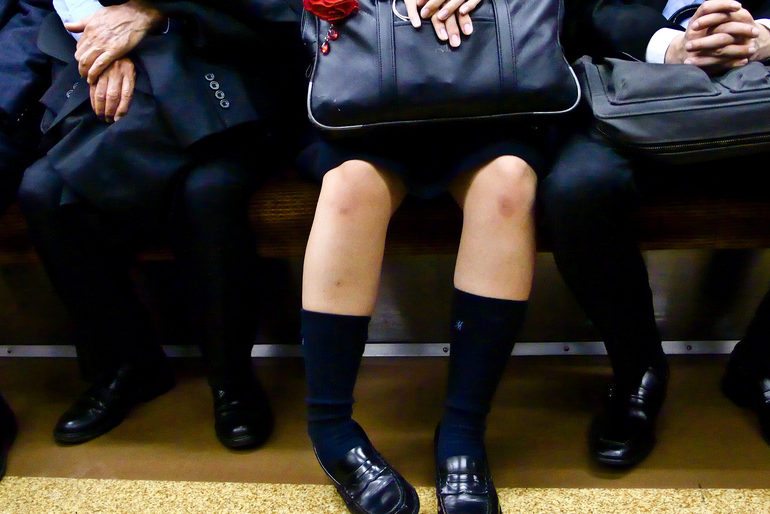 A report by the Women and Equalities Committee released on 13 September shows that sexual harassment and sexual violence in schools are “widespread“.

Testimonials from young women and girls affected suggest that schools are failing to deal effectively with the problem. To coincide with the release of the findings, the UK organisation Girlguiding has launched a campaign to end sexual harassment in schools.

The extent of the problem

Evidence reviewed by the Committee has shown:

Crucially, the young women and girls surveyed suggested that these incidents were not taken seriously, or “forgotten” when reported. The Committee said:

The report finds an alarming inconsistency in how schools deal with sexual harassment and violence, which is mostly targeted at girls, a disregard for existing national and international equality obligations, and a lack of guidance and support for teachers.

Not only is there evidence of schools under-reporting sexual harassment and abuse, but also of teachers dismissing concerns brought to them as “just banter“. This is reminiscent of similar problems with sexism and sexual violence on university campuses, currently so entrenched that the National Union of Students had to call for a summit to tackle the issue.

Maria Miller MP, the Committee’s chair, made this connection too:

Failing to reinforce what is acceptable behaviour could well be fuelling the ‘Lad Culture’ that the Government has already identified as a problem in colleges and universities.

The Committee was told by academics and specialists working in schools that sexual harassment and sexual violence have become “accepted as the norm” by both staff and students. Girlguiding’s Advocate panel, a group of young women aged 14-25, agrees, saying:

So many times, as girls, we’re told our school skirts are too short and ‘distracting’, we should be flattered not offended when we’re cat-called, we shouldn’t be so sensitive when boys spend a whole lesson rating our ‘boobs’ out loud and we should take sexist jokes as just a bit of ‘banter’. But this isn’t about what girls wear, how they behave or how they do or don’t react.

We believe all girls and young women deserve to feel safe and happy at school, not objectified and harassed. It sounds obvious but the culture of sexual harassment at schools today is so normalised that feeling safe is far from our reality.

But as Miller pointed out, the Department for Education (DfE) and Ofsted have “no coherent plan” to ensure the causes and effects of sexual harassment and sexual violence are dealt with appropriately.

Parents also struggle to know how to support their children. Miller said:

The General Secretary of the National Union of Teachers (NUT), Kevin Courtney, suggested that government education policy is responsible for this. He said that “by leaving no time for pastoral care or Personal, Social, Health and Economic Education (PSHE)” within the curriculum, teachers are left with fewer avenues to address these problems at the root.

The Committee has released recommendations for the government to take forward. These include:

The government now has 60 days to act on these recommendations. And Girlguiding’s petition is seeking to put pressure on. According to their statistics, 90% of secondary school age girls would like the government to take action on sexual harassment and violence in school.

Hearing the stories of some of them, it is hard to imagine the government could do anything else but act. The Girlguiding Advocate panel said:

Groped in the corridor, a hand up our skirts at break time, shown pornographic images in class, or sexual comments about our bodies yelled after us down the corridor. These are some of our day-to-day experiences of sexual harassment at school and we know we’re not alone.

It goes without saying that this environment creates a culture of fear, with three-quarters of 11-to-21 year-old girls surveyed by Girlguiding in 2015 saying that anxiety surrounding sexual harassment impacted them negatively, affecting what they wear or how they act. And it is fast becoming an accepted way of life.

I was groped in corridors more times than I can remember. One corridor in particular was horrendous and everyone hated it – I had so many awful experiences there.

It was weird, as a girl you were expected just to put up with it, to admit it upset you reflected badly on you and not the boys.

There were a few boys in my class who were constantly creepy and inappropriate, which made all of us girls really uncomfortable. I remember boys sitting together loudly deciding which girls were wearing padded bras and which weren’t.

The thing that is very clear is that these incidents are not isolated. They are part of a wider pattern of misogyny. And as the report states, “low level” sexual harassment – which may not always be a crime – is often the starting point for escalation.

It needs to be stamped out now, and the pressure is on for the government to act.

*Names have been changed.