Oxfam has shone a light on inequality in Britain, but it left out one eye-watering detail - The Canary 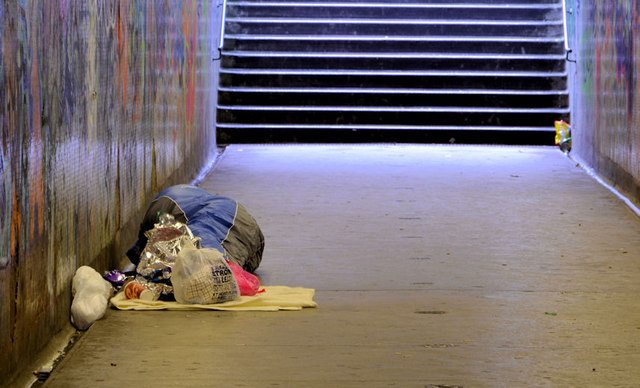 A new report by the charity Oxfam shines yet another light on the UK’s inequality crisis. It also calls on Prime Minister Theresa May to urgently address the issue of what it calls the “haves” and “have-nots”. But the report leaves out some shocking information which goes to the heart of the wealth gap in 21st-century Britain. Most notably, that the UK now has the second highest number of millionaire and billionaires on the planet.

In its report, Oxfam identifies that the top 1% of Britain’s wealthiest people own 20 times as much as the bottom 20% of people. In other words, 634,000 versus 13 million. It also identifies that Britain’s richest 10% own over half the country’s wealth (54%). It states that “the UK is one of the most unequal developed countries in the world”, citing a report from the Organisation for Economic Co-operation and Development (OECD). While measures for this vary, this study ranks the UK 10th for inequality, out of 18 countries; behind the likes of Greece, Italy and Slovakia.

Oxfam then goes further, stating that this inequality was, perhaps, a major factor in the Brexit vote. The report states:

Britain is a divided nation, with a massive disconnect between people and politicians and between those with money and those without… The EU referendum vote brought home just how polarized our society is. Millions of people demonstrated their frustration at being left behind and locked out of politics and economic opportunity. The economy clearly is not working for everyone, and many people feel they have not benefitted from economic growth over recent decades.

Whatever your views on Brexit, the referendum brought divisions within our country to a head, with many people expressing distrust and disconnection with political processes and voting for change in the hope that it would improve their economic position.

This echoes a study by the Joseph Rowntree Foundation (JRF). As The Canary previously reported, the report by the JRF showed that 58% of those earning less than £20,000 a year supported Brexit. But in households with incomes over £60,000 per year, support for leaving the EU was only 35%. Unemployed people and those looking for work were far more likely to support Brexit (at 59%) than those in full employment, who made up 45% of the ‘Leave’ camp. People in low-skilled, routine and manual jobs were also much more likely to have voted for Brexit at 71%.

The “haves” and “have-nots”

The Oxfam study says things are only going to get worse. It points to research showing that poverty is set to rocket by 2020. This matches what the Institute for Fiscal Studies (IFS) forecast in July. They said that child poverty rates are expected to rise between 2015-16 and 2020-21, meaning that 2.6 million children (18.3%) will be living in the most deprived of conditions measurable by 2020.

The main source for the Oxfam report was a set of figures from the bank Credit Suisse’s Global Wealth Databook, published in 2015. But Oxfam leaves out of its study some of the most staggering figures contained in Credit Suisse’s data.

The UK now has the second highest amount of millionaires in the world, at 2.36 million. We also have the second most billionaires, at 51. These numbers are far higher than previous estimates, which put the number of UK millionaires at around 700,000. But as Credit Suisse stipulates:

Our methodology recognizes the general under-reporting of financial assets in surveys and attempts to correct this deficiency.

Furthermore, the UK has the second largest number of individuals in the world’s richest “top 1%”, which stands at 3,623,000. The disparity between the number of UK millionaires and this figure is due to the extremely low wealth per capita of the world’s poorest nations. Meaning that even if you’re not a millionaire in the UK, you are still vastly wealthier than someone in, say, Sudan.

But it’s when you work out these figures in actual monetary value that the starkness of the UK’s inequality hits home.

These figures tie in with an analysis released by the Trades Union Congress (TUC) into the pay gap in the UK. As The Canary previously reported, the TUC report showed that while an average worker’s wage was just £27,645, it was £3.4m for FTSE 100 directors. And the highest paid boss earned a staggering £70m in 2015. That’s the equivalent of £38,437 an hour.

This all comes at a time when 3.9 million people are in “persistent poverty”. That is when someone is earning 60% less than the national median for at least two years. Or, in other words, less than £11,000 a year. Between 2013 and 2014, the overall poverty rate increased to 16.8%. And most worryingly, the persistent poverty rate for children also rose, to 11%.

Inequality is a massive barrier to tackling poverty and has created an economy that clearly isn’t working for everyone. The UK is one of the richest countries in the world, but it’s a nation divided into the ‘haves’ and have-nots’. While executive pay soars, one in five people live below the poverty line and struggle to pay their bills and put food on the table.

Oxfam calls on the Prime Minister “to adopt a four-point plan to tackle the gap between the ‘haves’ and ‘have-nots’”. It states that the government should be:

The likelihood of a Conservative government answering Oxfam’s pleas is debatable. But what isn’t is that, since the financial crash of 2008, inequality has got worse rather than going down. While the likes of ex-BHS boss Philip Green treat themselves to new yachts, children in the UK are literally starving to death. The situation is now critical, and the government has to act.

– Write to your MP, urging them to act on Oxfam’s recommendations