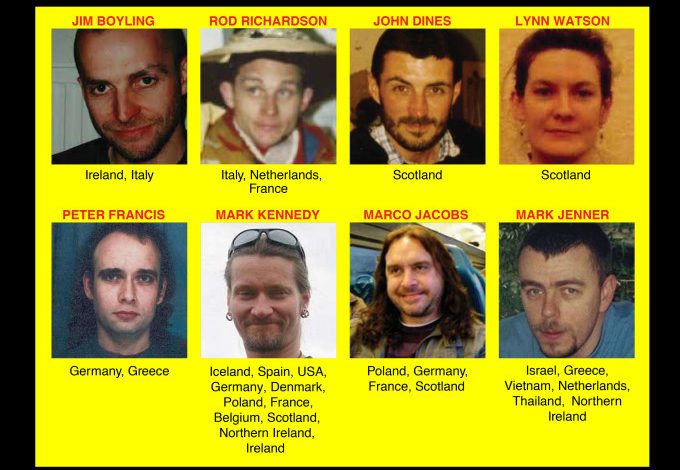 A former undercover police officer has condemned the infiltration of protest and social justice movements as “absolutely disgusting”.

Stephen Bentley, who worked under the cover name of Steve Jackson, went undercover in the mid-70s to infiltrate drug gangs. He has written about his experiences in a book, Undercover: Operation Julie – The Inside Story.

But he is scathing about how undercover officers have spied on campaigners, stating:

I don’t even agree with infiltrating protest groups. I don’t think the police have a right to get involved unless they’re causing serious damage, or letting off bombs.

Over the course of 40 years, the Special Demonstration Squad (SDS) spied on over 460 protest and social justice groups. This huge number is only the tip of the iceberg, as it does not include the groups which were infiltrated by the National Public Order Intelligence Unit, which operated from 1999.

Officers not only infiltrated groups but had long-term relationships with campaigners. Kate Wilson, who had a relationship with infiltrated officer Mark Kennedy, is one of the women who has taken the police to court and gained compensation and an apology after a four-year legal fight.

She describes the impact and the realities of what is was like to be spied upon in this video:

Neither Confirm Nor Deny

Undercover policing of political movements is now subject to a public inquiry. Led by Sir Christopher Pitchford, the Undercover Policing Inquiry (UPI) opened nearly a year ago. But progress is slow, with the police attempting to stop campaigners from knowing who spied on them.

Central to this is the police tactic of ‘Neither Confirm Nor Deny’. In other words, the police are arguing that not only should they not reveal who the undercover officers were, but will not confirm their identities even when activists have presented them with a plethora of evidence. This tactic was first used in the case against eight women who were deceived into long-term relationships with infiltrating agents, and the police are trying to extend it to the public inquiry.

Pitchford has ruled that there will be no blanket ban on the revelation of cover names, and each case will be dealt with on a case-by-case basis. Legal arguments are currently underway as to whether the names of the two officers conducting risk assessments on former undercover officers (and acting as pseudo-counsellors to them) can be revealed.

Central to the police arguments for not revealing the names of the undercover officers are that:

Undercover police officers and their families are likely to face real harm if anything is disclosed that tends to identify them, and will suffer the unfairness of losing a lifelong expectation that their roles would not be made public.

But this is not a view shared by many former undercover officers. Whether it is Bentley revealing all in his book, undercover-officer-turned-whistleblower Peter Francis, or undercover drugs officer Neil Woods (who has also published a book), there are many examples of former officers who have come forward.

If officers who infiltrated drug gangs are prepared to go public and tell their story, it makes a mockery out of the police claiming there is a risk to those who infiltrated protest campaigns; protesters who undertook actions such as blockading trains carrying coal to a power station are not high on the list of vindictive criminals out for revenge.

Undercover officers have sexually abused women, manipulated, lied and spied on our children. They have spied on people such as the Lawrence family or those who have had a loved one killed in police custody and are grieving. They have kept files on a wide range of people including journalists and politicians.

And this is only what we’ve been able to discover through the work of dedicated activists and journalists. The real truth of the depth of this operation lies in the mountain of files which even the police haven’t had time to delve through. Operation Herne, the police-led investigation into undercover policing, has unearthed 50,000 documents related to the work of the SDS.

If the inquiry is to have any credibility, the very minimum that needs to be disclosed are the cover names of the officers. If this isn’t done, there will be huge numbers of people who may never know if they had a relationship with an officer, or if their group was spied upon. And with even fellow undercover officers describing what happened as “disgusting”, there is a real public interest in the full shameful extent of this policing operation being revealed.

– Hear the victims of undercover policing tell their stories at the Campaign Opposing Police Surveillance event.