Theresa May is scrapping human rights while Britain is at war, turning us into a terror state - The Canary 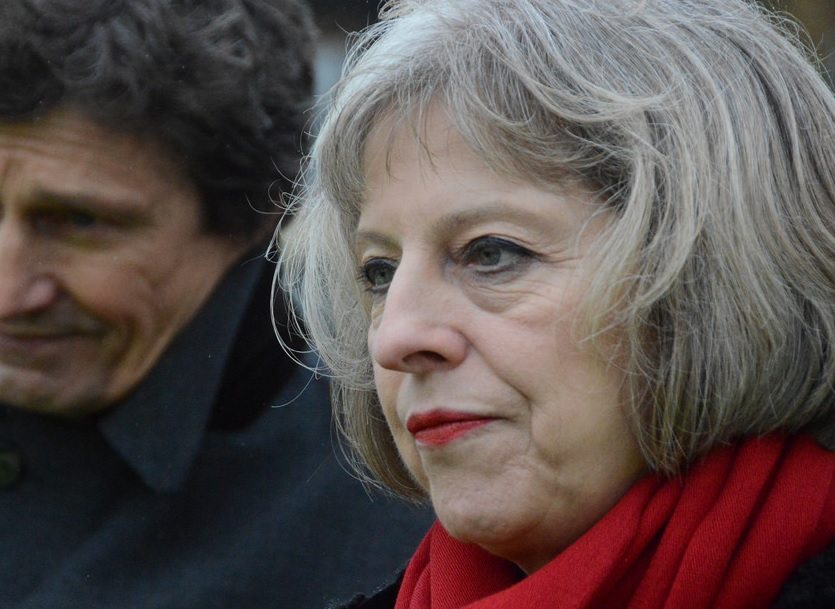 Prime Minister Theresa May has decided to exempt British troops from the European Convention on Human Rights (ECHR) – which is a separate organisation to the EU – during wartime. Considering the evidence that the military has been ordered to commit human rights abuses by the government itself, this could push Britain towards becoming a terror state.

Writing in The Guardian, Nicholas Mercer warns that many ongoing investigations into war crimes perpetrated by troops in Iraq “may lead to the door of the Ministry of Defence (MoD) itself”. Mercer cites interrogators who said they “answered to London” (the MoD) and not their immediate superiors when they carried out techniques that now amount to torture.

Under the plan, May would invoke Article 15 of the ECHR, which only allows derogation from the majority of the listed human rights. Torture, inhumane treatment, extrajudicial killing or punishment and forced labour, along with human rights laws from international treaties, would remain prohibited.

But with the precedent that state-sanctioned torture may have gone ahead, there are plenty of other abuses that could be carried out by the military at the command of a government unconstrained by the ECHR, or at their own will.

May insisted the move was to put an end to what she called an “industry of vexatious claims” against the military.

But as Mercer writes in The Guardian:

The Ministry of Defence has already paid out £20m in compensation to victims of abuse in Iraq. This is for a total of 326 cases, which by anyone’s reckoning is a lot of money and a shocking amount of abuse.

The Defence Secretary Michael Fallon appeared to dismiss all the evidence at a whim, claiming it amounted to “false charges” on an “industrial scale”. Clearly, this does not stack up. If the charges are “false”, why would the MoD have handed over a whopping £20m in compensation already?

Campaign groups are falling over each other to condemn May’s plan to derogate from human rights. Martha Spurrier, Director of human rights group Liberty, said:

The government cannot be allowed to leave its human rights commitments at our borders. Doing so will leave abuse victims unprotected and our troops powerless when the state fails to keep them safe from harm.

The Convention – and the Human Rights Act which enforces it in the UK – is an essential protection for military families seeking the truth when the government is trying to cover up its failings at any cost. It was the tool that let me force authorities to release evidence that secured the wide-ranging inquest into the death of my daughter Cheryl at Deepcut Barracks.

If the ECHR is removed, British troops could face human rights abuses from their own government. Surely, war is the time where upholding human rights is the most important. It’s when they are most likely to be trampled on.

Taking a look at the government’s record, this derogation from the ECHR could lead to troops carrying out state-sanctioned human rights abuses only to further the profit motives of corporate interest.

We must uphold basic human rights, whatever the circumstances.