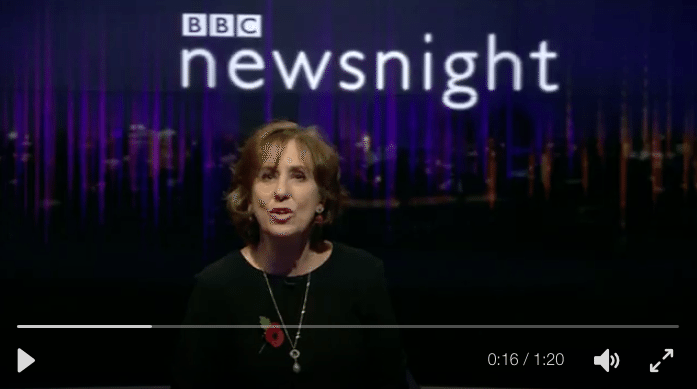 A pro-Brexit Conservative MP has called for the BBC to close each day by playing ‘God Save The Queen’ over the TV and radio networks, as a sign that Britain is back. And on Thursday 3 November, BBC Newsnight obliged… sort of.

Voting Brexit was not bonkers. In recent years, the EU deposed the democratically elected leaders of Greece and Italy, and replaced them with pro-austerity technocrats. It is absolutely not ignorant or bigoted to question a continuing and deepening alliance to such a system. The EU has issues. Big issues.

It is also true that an element of the Brexit movement is out of its tree bonkers. In a time where serious consideration, careful negotiations, and vision are required, many right-wing MPs are offering up little more than tea and biscuits nationalism. Remember the good old days? Let’s get back the good old days.

A prime example would be the contributions of Conservative MP Andrew Rossindell. The Romford representative demanded that Brexit Britain should symbolise its reclaimed sovereignty through music. According to Rossindell, each day should end with the national anthem blaring out from the BBC. Clearly, the BBC Newsnight producers had eaten their Ready Brek that morning, because they closed out Thursday’s show with what can only be described as a colossal ‘f*ck you’ to that entire mode of thinking.

By popular demand, here's our playout from last night… pic.twitter.com/0woMdwAlmi