These security guards are invading students' privacy, and it should worry us all - The Canary 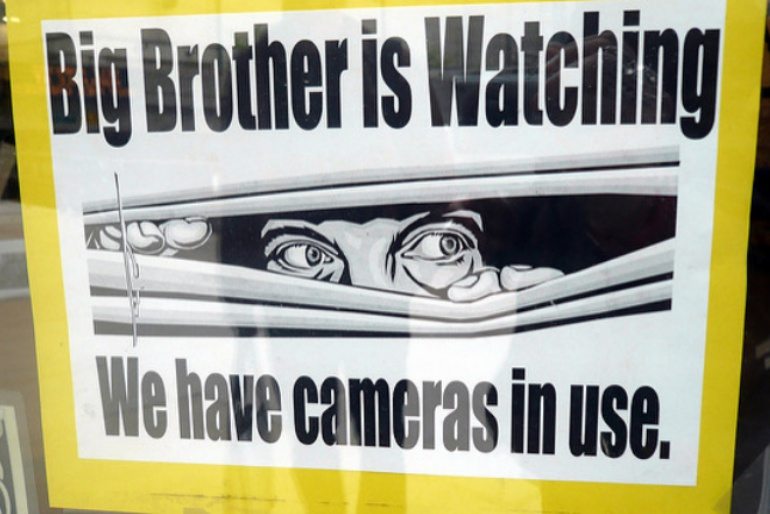 Security guards at Edinburgh University have been accused of violating students’ privacy and civil liberties by using covert cameras to identify protesters. And this new trend in surveillance should worry us all.

The university has confirmed that security staff are using cameras hidden in their ID lanyards to “support the safety and wellbeing of our staff, our students, our visitors and the officers themselves”.

But students have accused the university of “intimidation”, stating that:

In May, the University threatened six students with disciplinary action for their involvement in a peaceful and lawful protests – the allegation provoked an angry backlash from students and staff, several thousand of whom signed an open letter condemning the University’s actions, and was later dropped by the University.

The students have also claimed that the security staff told them that they were being filmed in order to take disciplinary action against them at a later date.

Security guards were spotted with the cameras during a joint protest by ‘People and Planet’ and ‘Students for Justice in Palestine’. Between 25 and 30 people lay down as part of a ‘die-in’ in front of the Barclays stall at a careers fair in October. They were protesting against the company’s investment in both fracking and the arms industry.

According to their press release:

Barclays owns a 97% controlling stake in Third Energy, the company which is beginning hydraulic fracturing in North Yorkshire. Barclays also holds investments in Raytheon and BAE Systems, both of which have been used by the Israeli government against Palestinian civilians.

The students organised the protest to draw attention to these investments in order for people to make informed decisions about the companies they may want to work for:

We believe that students have the right to know the implications of the career decisions they make and we have used this as an opportunity to spread that information. As an eminent and influential institution, Edinburgh University should lead the way in promoting sustainable and ethically responsible industry.

Protesters have accused the university of clamping down on freedom of speech and their right to dissent. A spokesperson stated:

This most recent surveillance measure is evidence that University is seeking to crack down on students’ right to protest peacefully. By keeping tabs on individual students, and intimidating those who criticise it, the University is attempting to create an oppressive and stifling environment on campus in which students will feel too uncomfortable to express dissent. We unambiguously condemn this worrying development.

Speaking to The Canary, Kevin Blowe, Coordinator of the Network for Police Monitoring (Netpol), argued that this is part of a much wider trend towards increased surveillance:

The rapid expansion of the deployment of  body cameras to police officers was always likely to tempt the private security industry to follow in their wake. We are at the point of witnessing the largest escalation of video surveillance on our everyday lives since the introduction of CCTV.

Blowe also stated that there were many criticisms of the university for using this technology:

Using this equipment against protestors at the University of Edinburgh throws up so many concerns that it is hard to know where to start. To begin with, who within the management of a university – the one place where freedom of expression is supposedly sacrosanct – decided it was a good idea to surveil its own students? How can a university justify intrusive surveillance when it does not have the legal powers to do so? How is the data it gathers stored and for how long? Is the university keeping other records on student protestors?

But Blowe also had a useful suggestion on what students could do about it:

My suggestion to Edinburgh University students is to exercise their rights under existing data protection legislation to ask for a copy of any data – including video – that is held on them. A flood of Subject Access Requests may make university administrators think again.

This increased level of surveillance is worrying. We should all want the right to protest and voice our views without being filmed by police or security. There are serious concerns over what happens to the data these cameras collate. Furthermore, this tactic of using cameras as a form of intimidation to try and deter people from having a voice needs to be robustly condemned.

– Find out more about protests against Barclays.

– Find out how to make a Subject Access Request.