The beast of Bolsover is in the news again, and it's not for trashing Donald Trump [VIDEO] - The Canary 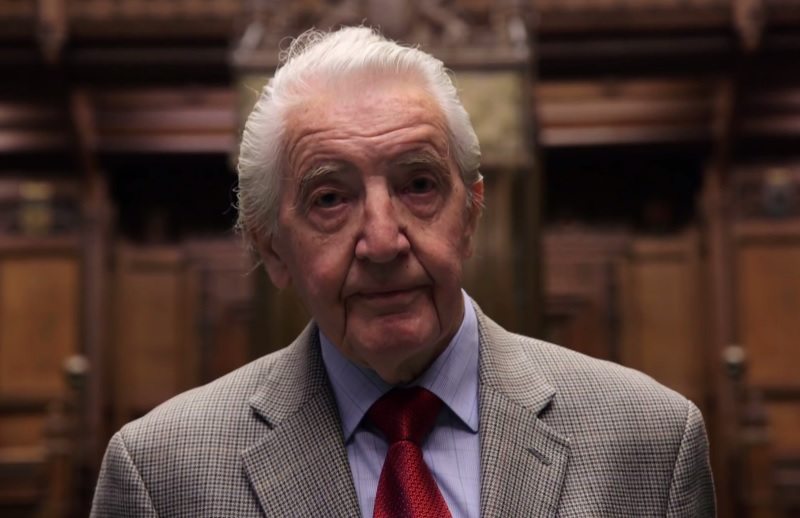 The legendary Bolsover MP Dennis Skinner is in the news again. But it’s not due to one of his famous outbursts over the election of Donald Trump as the US President. It’s because those momentary Skinner gems have made him into a household name.

So much so that a film is being released about him.

And the movie tasters for Nature of the Beast are the perfect antidote to the political week the whole world has just suffered.

There’s more to ‘the Bolsover beast’ than meets the eye

Daniel Draper, a supporter of Skinner, has directed the movie. It has been created with only a small team, and was initially funded with the group’s own money and small donations from the public. A kickstarter campaign ran from 24 September for 35 days to raise the money needed for archive material, music, post-production and film festival entry fees.

The movie follows Skinner’s journey from his younger days through to the present. It will reveal what the ‘left-wing firebrand’ is like in his more personal moments. And naturally, it will highlight the wit and passion that earned him his nickname.

The film is due to be released next year. But the team has put together a series of short videos in advance of its opening to give viewers an idea of what to expect.

Film director Ken Loach was interviewed by the Shut Out The Light company behind the documentary. He commended the MP for being “a man of great principle”. He also spoke of his aptitude at sniffing out bullsh*t:

And there’s a clip of Skinner himself talking about the “poetic licence” he uses in parliament. He explains how the rules on what type of ‘poetry’ is permissible change, depending on what side of the chamber you sit:

In another video, actor Ricky Tomlinson expresses a high opinion of the MP. In fact, Tomlinson wishes there were “another 20 or 30 Dennis Skinners in the Labour Party at this time in history”.

That sentiment is probably shared by many of the public. Skinner is a quick-witted, no-nonsense politician. And he is revered for his endless determination to stick up for the citizens of his country, as well as those around the world.

This homage to his courage, and his humour, will hit our screens next year. So anyone inspired by his beastly brand of politics has a real treat on the way.

– You can still donate to the making of the documentary here.

– Support The Canary if you appreciate the work do.

Featured image via Shut Out The Light/Youtube