While women marched for their rights, the Tories quietly sneaked out a 'wicked' plan to punish them - Canary 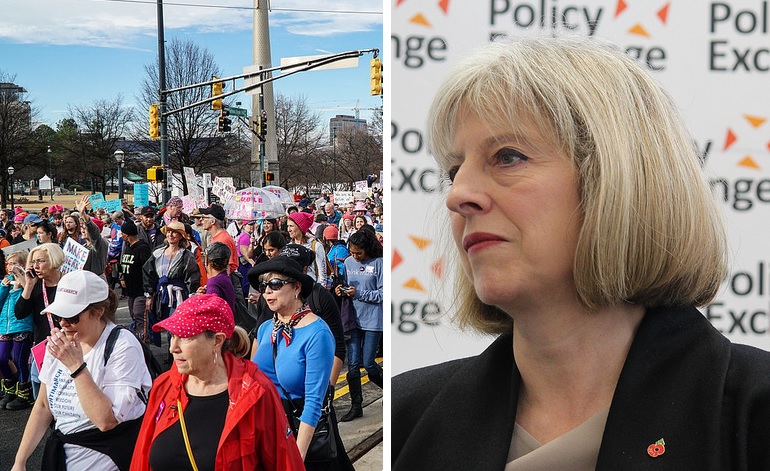 On 21 January, thousands of women around the world marched to protest Donald Trump’s inauguration. At the same time, the UK government quietly announced a decision that would punish some of the most vulnerable among them.

The government confirmed on 20 January that the controversial ‘rape clause’ would be going ahead. It means that women whose third child is a result of rape will have to provide evidence of the assault in order to qualify for financial support for the child.

No proof, no support

Former Chancellor George Osborne announced changes to Child Tax Credit and the Child Element in the 2015 Autumn Statement. The revisions, part of the Welfare Reform and Work Act 2016, limited the financial support available to only two children per family.

Since then, the government has carried out a consultation on proposed exceptions to the two children rule. Rape survivors are one of those exceptions.

After the recent consultation, the government confirmed that rape survivors will have to prove their situation to a third party to qualify for support. Its conclusion reads:

Evidence from this professional third party, demonstrating that the claimant’s circumstances are consistent with those of a person who has had intercourse without consenting to it (at a time when the conception of her third or subsequent child might have resulted), will normally be used to determine eligibility for the exception.

The UK government’s own response clearly identifies that the most controversial aspect of the policy was the rape clause. Ministers even go on to concede that most respondents felt it was unacceptable for the UK government to ask women to re-live the ordeal of a rape just in order to make a claim for benefit.

Despite receiving that loud and overwhelming message, this appalling and crass Tory government refuse to listen. The fact remains that this policy, however diluted, is still anti-women, anti-family and fundamentally wicked.

But Thewliss did welcome some concessions to the policy. Such as the government’s decision not to place a time limit on the reporting of rape.

We have said all along that there is no way that the so-called rape clause can be made somehow ‘acceptable’–it is a cruel and demeaning policy that re-victimises women and reveals the utter callousness of so-called welfare reform.

The government has defended its decision. A spokesperson said:

Our welfare reforms are a key part of controlling public spending as we create an economy that works for everyone.

This reform ensures people on benefits have to make the same choices as those supporting themselves solely through work. But we have always been clear this reform will be delivered in the most effective, compassionate way and we have consulted to ensure the right exceptions and safeguards are in place.

Essentially, the government has concluded that making rape survivors re-live their horrendous experiences is a “compassionate way” of dealing with the issue. And that compelling women to label their children a ‘product’ of rape is the only way to “create an economy that works for everyone”.

That the government chose the day of Trump’s inauguration to reveal its position shows how little confidence it had that others would agree. But unfortunately for rape survivors across the UK, its judgement matters. And from 6 April, this cruel rule will take effect.

– Find out more about this issue with Rape Crisis.