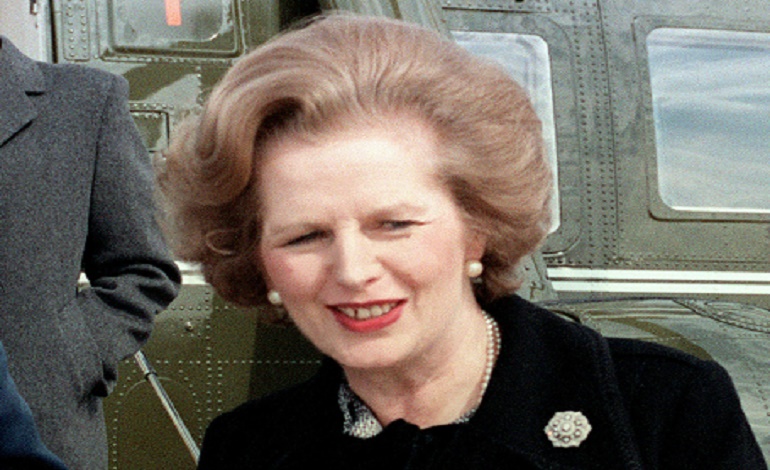 While the world watched Donald Trump’s presidential inauguration, the Tories quietly sneaked out another crony appointment. One role of the Chair of the UK Statistics Authority is “publicly challenging the misuse of statistics”. Something the Conservative government has an appalling track record on. And the person the Conservatives have given this job to? Margaret Thatcher’s former Private Secretary.

On Friday 20 January, the government’s website announced that Minister for the Cabinet Office Ben Gummer had put forward Sir David Norgrove as preferred candidate for the role of Chair of the UK Statistics Authority. The body’s duty is to “serve the public good” by:

Serving up good for the public?

But Norgrove’s CV is revealing. He was in charge of the Pensions Regulator when Reader’s Digest UK went into administration, threatening the publisher’s pension scheme. The regulator refused to intervene in the matter, rejecting a plan to put £125m into Reader’s Digest’s fund to save staff pensions.

Norgrove is Chairman of the Low Pay Commission (LPC), which was responsible for recommending a slowing in the rise of the National Living Wage (NLW). In November 2016, Norgrove said [paywall] of the planned rises in the NLW:

We really are serving the public good…

It was also Norgrove’s advice that led the government to abandon its own targets for the NLW. His appointment at the LPC was controversial, as the government was paying him £523.11 a day. And as The Guardian reported:

Norgrove himself had a 16-year career with Marks that ended with him quitting the same year with a £754,000 pay-off and big pension after what was described in the Sunday Times as ‘a conspicuously unsuccessful stint as head of clothing’.

But it is his close relationship with Thatcher which may raise the most eyebrows. Norgrove is cited as being responsible for the late Prime Minister’s handling of the controversial Poll Tax.

It’s for the public good!

The Conservatives’ record on the use of statistics is interesting.

In 2013, the Statistics Authority criticised then Work and Pensions Secretary Iain Duncan Smith for claims about the benefit cap. Duncan Smith said that “8,000 people who would have been affected by the cap [have] move[d] into jobs”. But the authority’s chair at the time, Andrew Dilnot, said this claim was:

unsupported by the official statistics published by the department.

The same thing happened to former Education Secretary Nicky Morgan. The UK Statistics authority wrote to her, advising that she should “reconsider” claims she made about Labour’s record in government. And the authority said [paywall] Boris Johnson and the official Leave campaign’s claims about an extra £350m a week for the NHS were “misleading”.

But now, with a civil servant closely linked to the Tories heading up the UK Statistics Authority, the government may well breathe a sigh of relief. It already has a dodgy record on statistics. And now, having an arch-Thatcherite at the helm of the statistics regulator gives the government an even freer rein to deceive the public. Something the Tories are masters at.

– Read more from The Canary on the Tories.