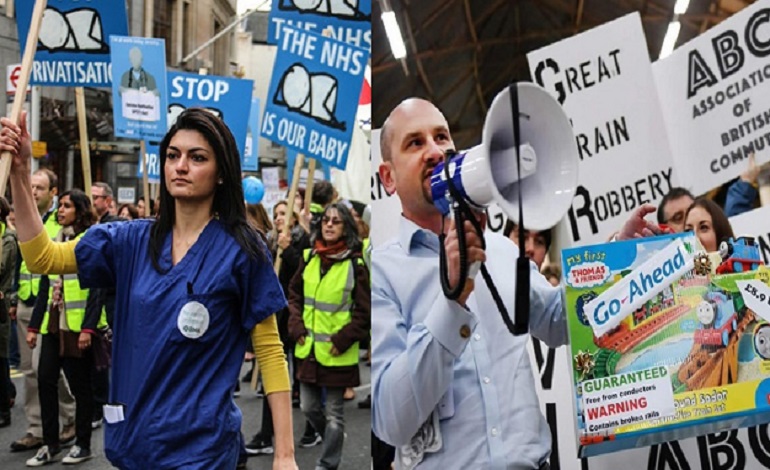 On Tuesday 24 January, a Conservative MP will put forward a bill in parliament which could see the rights of millions of people in the UK eroded. Ignoring warnings from the UN that it may break international law, Chris Philp, the MP for Croydon South, wants to pass legislation that will stop workers like junior doctors from striking. Which could affect everyone in the UK.

And he stressed that his bill would mean:

A High Court judge would weigh up what it is the strikers are striking over on the one hand versus the impact on the public on the other to make sure it is reasonable and proportionate… [The bill] just says that the general public also have a right to get to work and to get home to see their loved ones.

Parliament will debate Philp’s ‘Industrial Action (Protection of Critical National Services)’ bill under the ’10 minute rule’ motion device. It allows MPs to put forward their own laws. And Philp is confident that MPs will pass his bill, saying he would be “astonished if anyone stood up and said that they supported strikes that were unreasonable and disproportionate”.

But the bill ignores previous warnings from the UN over the government’s attitude towards strikes.

The Trade Union Act, which passed into law in May 2016, outlines that the law now classes transport workers as an “essential service”. This means that 40% of all union members need to vote for strike action in order for it to happen.

The right to strike is recognized by the ILO’s supervisory bodies as an intrinsic corollary of the right to organise protected by Convention No. 87…

Philp’s bill could open the floodgates for banning strikes by workers in the NHS, on tubes and buses. And this could have huge ramifications, especially within the NHS, for every person in the UK. Because when workers are standing up against employers over safety fears, they are really fighting for us all.

The Canary approached Chris Philp for comment but none was received at the time of publication.

– Read more from The Canary on strikes.