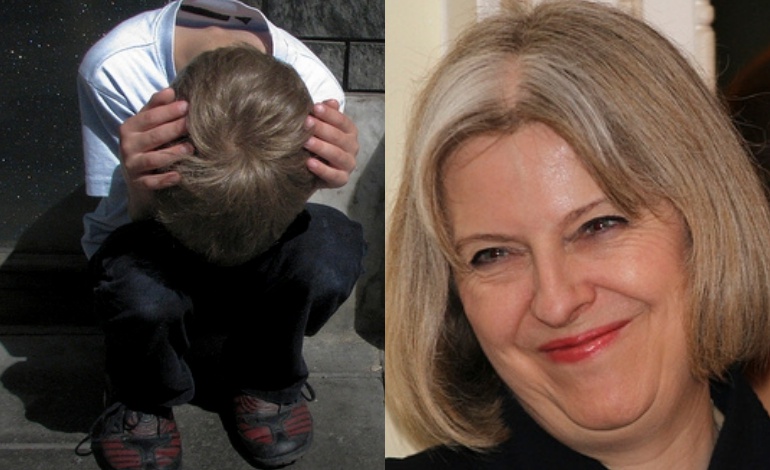 On 9 January, Theresa May announced plans to “transform” mental health care. In particular, she claimed her focus would be children and young people. But new information from headteachers reveals how little the government cares about funding mental health services in schools.

And according to headteachers, this is having an impact on the mental health and pastoral support schools are able to offer their children. Liam Collins, the headteacher of Uplands Community College in East Sussex, stated:

We’re meant to be looking after the mental health of young people, but we’ve got no money to do that.

Collins also claimed that the school is now forced to ask parents to privately fund counselling for their children. He continued:

We’ve removed a whole pastoral layer and this is at a time when mental health of young people is such an important factor.

This is echoed by another headteacher in the west of England:

Our counsellor has had her hours cut. I have a number of students on suicide risk assessments because they have attempted suicide, either at home or at school. For those children, part of their risk assessment is that they see the therapist. Apart from one, who has become a school phobic, they’re all in and attending and mostly succeeding. I think you can attribute that to the therapy. My concern is that there’s a fairly big waiting list of kids who haven’t tried to kill themselves and I can’t get them into therapy, because we haven’t got enough capacity. There’s absolutely no help outside of school.

And the report was unequivocal over where the blame lies:

The impact of austerity on health and social care services is creating a vacuum and schools and academies are having to step into the gap.

Given the waiting lists to access child and adolescent mental health services (CAMHS), it is unsurprising that schools are forced to fill the gaps. According to a review [pdf] into services by the Children’s Commissioner in May 2016:

On average, 28% children and young people referred to CAMHS were not allocated a service.

And this was an average. In two regions, 75% of those referred were refused access to services. The report further noted that:

Of particular concern were some of the 3,000 children and young people we heard about who were referred to CAMHS with a life-threatening condition (such as suicide, self-harm, psychosis and anorexia nervosa), of whom:-

14% were not allocated any provision;

Some waited over 112 days to receive services.

A spokesperson for the Department of Education stated:

School funding is at its highest level on record and will be over £40bn in 2016-17. Under the proposed national schools funding formula, more than half of England’s schools will receive a cash boost in 2018-19. This will help to create a system that funds schools according to the needs of their pupils rather than where they live. We have also announced further investment of £190million to provide more support to underperforming schools and ensure the number of good school places continues to rise.

However, we recognise that schools are facing cost pressures, which is why we will continue to provide advice and support to help them use their funding in cost effective ways, including improving the way they buy goods and services, so‎ they get the best possible value for their pupils.

But the government is failing our children. Headteachers juggling strangulated budgets are forced into impossible choices. Meanwhile, the services supporting young people are struggling with long waiting lists, and are not well funded enough to cope with the demand.

And given these findings across the country, Theresa May’s words on transforming mental health are meaningless platitudes. Her government has already slashed budgets across schools and services. And despite promises to the contrary, things do not look like they’re going to improve anytime soon.