If you thought the government was serious about climate change, think again - Canary 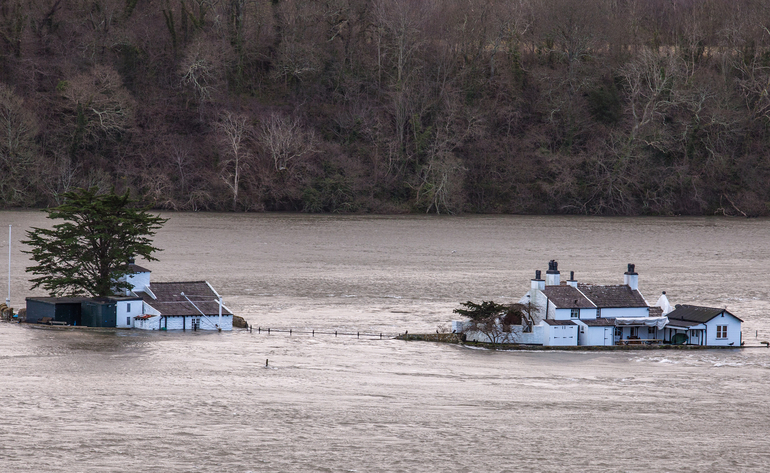 The government has buried a disturbing report on climate change. The UK Climate Change Risk Assessment Report [pdf] includes warnings about the doubling of deaths caused by heatwaves, a “significant risk” to food supplies, and severe flooding.

But the report, published on 18 January, received little publicity. Environment Secretary Andrea Leadsom said nothing about it. The Department for Environment, Food & Rural Affairs (Defra) didn’t tweet about it. And mainstream media outlets didn’t cover it.

Climate change is one of the UK’s biggest threats

In July 2016, The Canary reported on SNP MP Mhiari Black’s argument on why the Trident missile system should not be renewed.

She drew parliament’s attention to the government’s own National Security Strategy 2015 [pdf]. This document outlines tier 1 threats to the UK: international terrorism, cybercrime and climate change. It doesn’t include nuclear threat. We shouldn’t be worrying about a nuclear attack, but about severe weather and major flooding. These changes will affect the daily life and health of everyone. But elderly and disabled people in particular.

This new report reiterates the dangers of climate change. Authors say that food supplies are at risk because of extreme weather in the world’s main food-growing regions. Dr Doug Parr, chief scientist at Greenpeace UK, said the report highlights that climate change is “one of the biggest security threats” faced by the UK.

Theresa May is busy promoting plans to boost British industry. But Bob Ward, policy and communications director at the Grantham Research Institute on Climate Change and the Environment, says:

You wouldn’t want to build a new factory here if there was a danger of it being flooded.

The government, however, has ignored the long-term effects of climate change on the economy. Ward also says:

It’s almost as if they were trying to sneak it out without people realising. I have no idea what they were thinking.

They should have made a much bigger issue of it – at the very least Andrea Leadsom should have been promoting it heavily with a major speech.

The Environment Secretary’s failure to publicise the immense importance of this report puts her suitability for the role in the spotlight once again.

Many environmental groups expressed concerns about Leadsom’s appointment to the role. Tom Burke, from green thinktank E3G, said at the time that she lacks relevant experience and knowledge. He also suggested that she views the environment as getting in the way of the economy.

Leadsom’s voting record bears out many of these concerns. She has generally voted against measures to tackle climate change, such as reducing carbon emissions. And she has voted in favour of selling off British forests.

Last year, floods devastated 16,000 homes in England. In November 2016, flooding caused widespread travel chaos. And last year’s heatwave might have been responsible for a spike in deaths in England and Wales. Elderly people, children, and people with respiratory and heart conditions are the most at risk.

Climate change will continue to wreak havoc on our lives. Chancellor Philip Hammond reassures us that the UK economy is “resilient”. But we hear nothing from the government about how climate change will impact this supposed resilience.

The government’s burying of this alarming report reveals how little it cares about climate change. The lack of publicity is irresponsible. And the lack of action is short-sighted. There are major impending threats to our livelihood. And apparently, they aren’t worth knowing about.