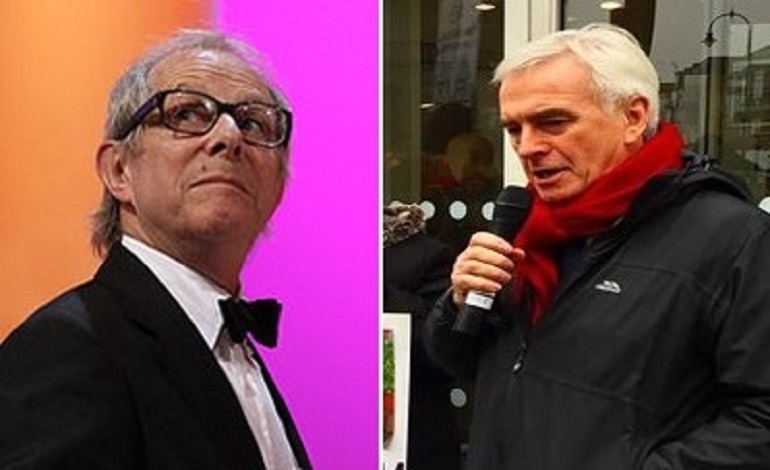 Ken Loach and John McDonnell came together on Wednesday 25 January to slam the Conservative government. In Kentish Town, the film director and Shadow Chancellor joined forces to call out the government on some of its most controversial policies.

Outside Kentish Town Jobcentre, campaigners held a vigil for Lawrence Bond. As The Canary previously reported, Bond collapsed and died in the street on the way home from the Jobcentre on 12 December. The Department for Work and Pensions (DWP) had declared him ‘fit for work’. It had stopped his Employment and Support Allowance (ESA) and refused an appeal. Even though he had numerous health problems.

Loach spoke about the benefit sanctions regime, which sees people’s benefits stopped for often ridiculous reasons. Like the man who the DWP sanctioned for missing a Jobcentre appointment because he was at a job interview. He had informed the DWP first. Due to his sanction he could not afford to go to other job interviews.

Loach said of the sanctions regime that:

The panic, the distress [it causes people]. There’s no justification for that whatsoever. So end the punitive sanctions, end the assessments by Maximus, or whatever profit making villains are put in their place. And let’s have a society built on generosity, mutual support and solidarity.

McDonnell spoke more broadly of the welfare system. But he said of Bond:

Lawrence joins the thousands, now, the thousands that have been assessed for work and then before they take up work they have actually died… He also joins what we now know, lowest estimate, the 590 people who’ve taken their lives as a result as of the loss of their benefits and the sanctions that have been imposed upon them. This is human suffering on a scale I don’t think we’ve seen since the 1930s in this country.

He went on to thank campaigners, many of whom “had lost their lives as a result of the last 10 years, arduously campaigning around the country”. He praised Loach’s film I, Daniel Blake, saying to many people it was a “documentary”.

But McDonnell was fierce in his criticism of the Tories. He said he had asked the government to publish reports into the deaths of people who had their benefits stopped. But:

…the government refused. The reason they’ve refused all the way along… is because they don’t want us to expose the reality of the suffering they are causing. Well, I give them this message. We will continue to use every mechanism we possibly can to expose the human suffering caused by the the welfare system they’ve imposed upon us. And yes… we’re making it clear to them… when Labour get back into power we will scrap this system once and for all.

Too little, too late?

By the time the Labour Party gets “back into power”, however, it will be too late for thousands of sick and disabled people. 90 people a month are dying after the DWP have declared them “fit for work”. What is needed is collective action now against the government and its cruel obsession with ‘reform’ of the welfare state. Because otherwise, thousands more people will be added to the list of those that have died at the hands of the DWP. Just like Lawrence Bond.