The BBC says it's the most trusted news source. That claim now lies in tatters - Canary 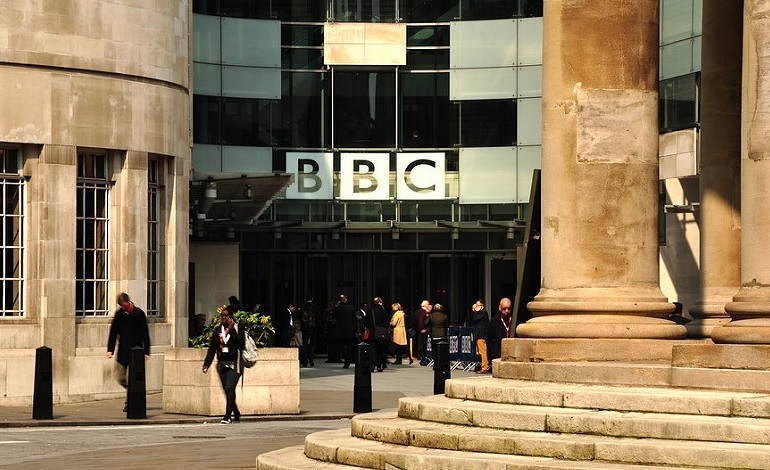 The BBC often rebuts allegations that it is biased by claiming people trust it more than other media outlets. But recent polling in Scotland casts doubt on such a claim.

In response to allegations that the BBC is biased against Scottish independence, the broadcaster claims:

Reassuringly, audiences continue to tell us that the BBC is still the news provider they trust most

But a recent poll commissioned by The Herald brings that claim into serious question. The BMG Research poll asked Scottish participants to what extent they agreed with the following statement:

The BBC tends to report news that is biased against the cause for Scottish independence.

Only 23% of respondents disagreed with the statement. 36% agreed. The rest were unsure.

The BBC dismisses accusations of bias against independence as coming from:

those who would clearly like our journalism to pay deference to one particular political viewpoint or another.

But The Herald backed Scotland remaining in the UK in the 2014 referendum. So challenging the commissioning of this poll is difficult.

Is the BBC biased against independence?

Professor John Robertson recently retired as media professor at the University of the West of Scotland. He is now acting as spokesman for the Inform Scotland campaign, saying:

Inform Scotland is a campaign group seeking to inform the “significant minority” of people in Scotland who “trust the BBC as a publicly-funded broadcaster, and are quite unaware as to how they are being misled”.

And renowned US academic Noam Chomsky shares Robertson’s conception of mainstream media bias. Journalists are always biased to a degree because they must select which stories they cover. So BBC journalists who support the idea of a United Kingdom are not necessarily conspiring actively against Scottish independence. For professors Robertson and Chomsky, they are merely selecting and framing stories in a way which contributes to a worldview they subscribe to.

Robertson produced a content analysis of the BBC‘s coverage of the independence debate, which he says demonstrates that it has “not been fair or balanced”.

From coverage of the Labour Party to Scottish independence, academic studies have left the BBC‘s self-proclaimed reputation as an impartial outlet looking very shaky indeed. The public service broadcaster needs to reassure people of its impartiality, with evidence.