You're not imagining it. That review by Sunday Times film critic Camilla Long isn't just stupid, it's racist [TWEETS] - Canary 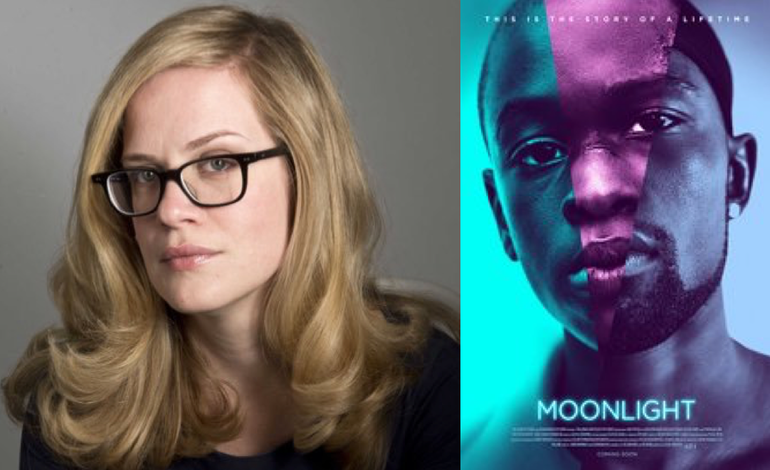 Sunday Times film critic Camilla Long has been accused of racism for a review of the film Moonlight. The review is a masterclass in ignorance. A film which sets out to document the plight of LGBT black people, denounced by a white woman of privilege because it is too black and too gay. The irony of that strikes like a closed fist.

In her review, Long writes:

The received wisdom on Moonlight, a film about gay love in the black ghetto, is that it is “necessary” and “important”. It is an “urgent” and “relevant” examination of forbidden attraction in a world, “the streets”, that is largely hostile to gay men.

Only, relevant to whom? Certainly not the audience. Most will be straight, white, middle class. Nor is it particularly “urgent”: the story has been told countless times, against countless backdrops.

This is in stark contrast to the Guardian’s veteran film critic Mark Kermode, who not only gave the film 5 stars, but wrote:

Lending heartfelt voice to characters who have previously been silenced or sidelined, Moonlight is an astonishingly accomplished work – rich, sensuous and tactile, by turns heartbreaking and uplifting. The first time I saw it I swooned; the second time I cried like a baby. I can’t wait to see it again.

I doubt that I will see a better film than Moonlight this year.

So why was Camilla Long unable to connect with the film?

Long couldn’t connect with Moonlight, because she couldn’t see herself reflected in the film. We know this because of her past form on reviews.

Long judged Moonlight over originality of plot. Let’s be honest, most would struggle to name another film charting the lived experience of poor, black, gay Americans. By comparison, it wouldn’t take much to rattle off a list of romantic musicals with white lead actors. Yet Long wrote a glowing review of caucasian sing-along La La Land. Some felt the need to make this point direct to Long.

Others wanted to take a moment to call out Long’s credentials.

And they didn’t stop there.

Camilla Long is the Katie Hopkins of film reviewers.

I'm trying to imagine what Barry Jenkins thinks of all this Camilla Long stuff. pic.twitter.com/ArZwrYS22I

This isn’t the first time, and we doubt the last, that Long finds it impossible to understand a film which doesn’t map directly to her ethnic and class background. She described Ken Loach’s Palme d’Or winning film I, Daniel Blake as “a povvo safari for middle-class do-gooders”. Unable to believe anyone could find themselves living the impoverished existence of Daniel Blake and other characters in the film, Long wrote:

Long found the film so hard to believe because she had literally no idea that people live like this in Britain. But they do. A 2015 report by The Independent found that more than 50,000 families had been shipped out of London by local councils in the previous three years, due to benefit cuts and soaring rents. That’s 500 families a week. The report states that these families were moved “to locations including Manchester, Bradford, Hastings, Pembrokeshire, Dover and Plymouth.”

And now again, Camilla Long is wearing her ignorance in public like a badge of honour.

Long needs to treat this moment as a life lesson. She has a golden opportunity for a bit of earnest self-reflection, to spot how her privilege is manifesting as ignorance. But judging by her initial reaction to criticism, we wouldn’t advise you to get your hopes up.