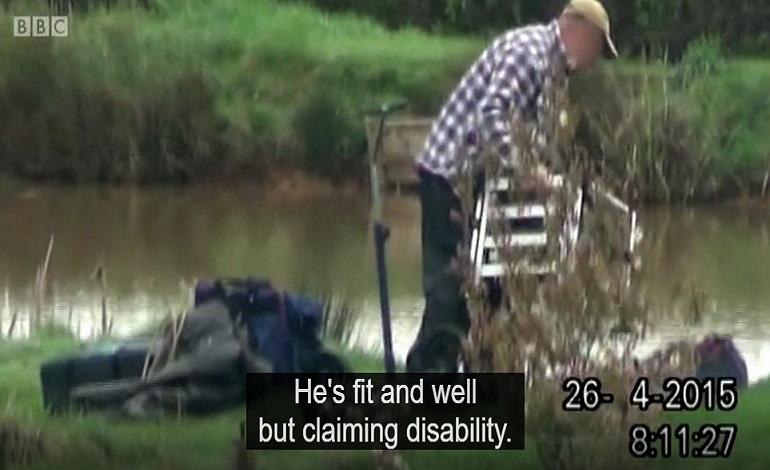 On Thursday 2 March, the BBC managed to cause uproar with the first in a new series of documentaries. The programme aimed to be fact-led. But many viewers noticed it was, essentially, a piece of government propaganda.

BBC One aired Britain on the Fiddle at 9pm. The BBC touted the programme as:

follow[ing] fraud investigators as they build cases against those they believe are cheating the system.

But many viewers found the programme to be little more than benefit-shaming Tory propaganda:

BBC the modern day propaganda channel redirecting our mistrust to those alongside us rather than big businesses.

why is it a fiddle if the poorest avoid a few quid in tax but ok if your big business or a celeb fiddle millions?

It’s the poor that take the blame

Some of the cases of people “cheating” the system which the film-makers followed included:

The programme also claimed arrests of EU nationals for benefit fraud was “a regular event”. With no evidence to back this up. And when EU nationals only make up 2.5% of the out-of-work benefits bill.

At the beginning of the programme, it also showed someone spying on a disabled man. It stated that, because he had gone fishing:

But it gave no evidence of the man’s disability. Nor if the Department for Work and Pensions had ever prosecuted him for benefit fraud. Instead, it chose to drop this confirmation bias in, that disabled people are ‘benefit frauds’ and ‘cheats’. Ignoring the fact that the man could have had a fluctuating, ‘hidden disability’ like fibromyalgia.

But the sums of money that the super-rich and corporations “steal” dwarfs those highlighted in the programme:

Britain on the Fiddle is a classic example of divide and conquer tactics. One of the council workers, presumably on the minimum wage, even said they were “excited” about catching a “benefit cheat”. Then we saw ‘Kiri’, of Asian descent, happily catching foreign nationals committing benefit fraud.

Also, when the programme showed “seasoned liar” ‘Angel’s’ other house, it openly gave the impression that someone like her shouldn’t be allowed a house like that. Whether she got it through fraudulent behaviour or not. And narrator Richard Bilton even had the audacity to say of the tracking of one “benefit cheat”:

Thank you Google for helping to catch benefit frauds. While it dodges hundreds of millions in tax.

By pitting the working class against the working class, the government and broadcasters like the BBC hope we won’t notice who the real “cheats” are. Those in the super-rich establishment, ferreting money offshore, paying poverty wages, socially cleansing our cities and dodging huge sums of taxes. While poverty in the UK spirals out of control. Because, after the criminal banking system cheated the whole planet, the Tories imposed austerity on the poorest. So maybe the BBC would like to investigate who in Britain is really “on the fiddle”. Because it’s not the working class.