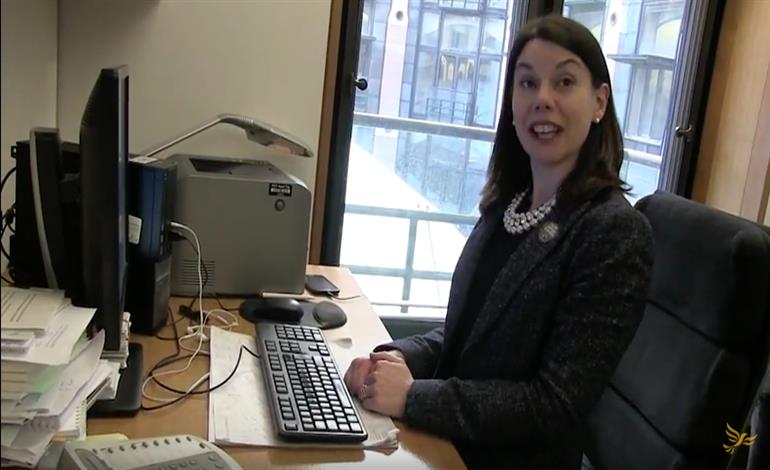 The footage opens with Lib Dem MP Sarah Olney sat at her desk, failing to act like she’s typing. She releases a feigned sigh worthy of a child in a first nativity play, and exclaims (never has that word been so apt):

Ooh, I could use a break!

Enter fellow Liberal Democrat MP Tom Brake (see what they did there?). You need to think of Brake as the guy who shows up to ‘fix deine cable’.

“Did I hear someone call my name?” he asks, in a fashion so cardboard I’m fairly sure a strong shake of the man would yield cornflakes. To which Olney replies with a Tena Lady ad grin:

No, not that kind of break. But would you like to join me?

After that comes the important bit, which no one ever sees because they’re busy bleaching their eyes.

It didn’t take long for social media users to recall where they’d seen acting this appalling before.

After the doctor has declared me dead, revive me with the miracle of modern medicine and then kill me again https://t.co/VDb7KBeHmA

Unless the Lib Dems were trying to pay homage to the greats of the adult movie scene, whatever they were trying to do here failed. This project went down like – no, let’s just stop there.