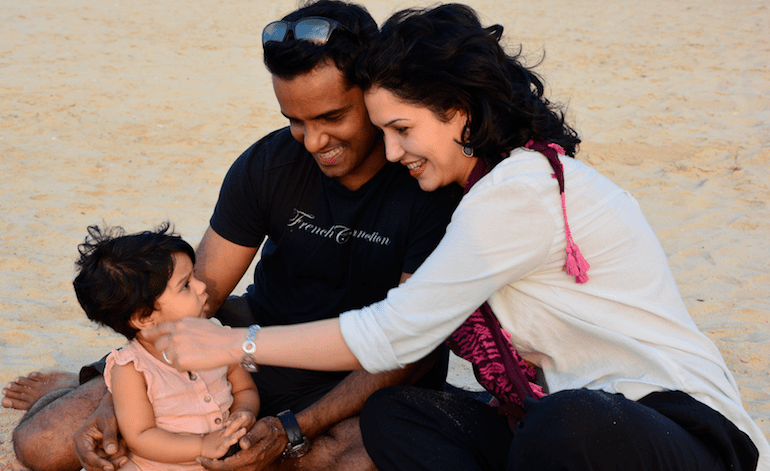 Following a controversial court ruling affecting married couples from different nationalities, one woman has spoken out. She says the ludicrous policy serves no purpose but to keep her and her spouse apart, along with keeping potential tax revenue out of the UK.

On 22 February, the Supreme Court ruled [paywall] on a challenge that had been making its way up the judicial chain. A Home Office policy that states a person can sponsor a spouse only if they earn a minimum of £18,600.

The High Court found [paywall] the policy to be in violation of the human right to family life. But the Court of Appeal and Supreme Court have said [paywall] that the minimum income rule is lawful.

Designed [paywall] to prevent “burdens on the taxpayer and ensures migrant families can integrate into our communities”, opponents say it is a “disproportionate interference with a genuine spousal relationship”.

One person that has something to say about it is Saima Jaffrie. And she told The Canary her story.

A British citizen, Saima found love in India with an IT professional, Shafi, who was doing quite well for himself. They married in March 2015 and she stayed with him in India for six months. He was happy to move wherever Saima wanted. Working from home for a Swiss company, he visited clients at their sites across the world when the need arose.

As a citizen and with all of her family and friends there, Saima wanted to live in the UK. And with no need for recourse to public funds, they did not think this would be a problem. If anything, she’d be bringing in a high tax payer into Britain, who earned the equivalent of £70,000 a year.

They both came to the UK in September 2015 – Shafi on a six month tourist visa. She completed the forms, but nothing on them or the Home Office website referenced her husband’s financial status. Only hers.

They had a baby in December 2015, and Shafi left the UK early, two weeks later, for a work visit, assuming the spouse visa would arrive. It was rejected. He applied for another tourist visa so he could return and see his wife and baby but that was also rejected.

According to Saima’s lawyers, his salary isn’t a factor. Saima must earn at least £18,600 per year, an amount that goes up to £22,500 when you have a child. As she says, finding a job on that salary may not have been a problem, but the rules also stipulate she must have held the position for six months. Only then could she apply, taking several months more.

With a newborn baby and limited child care options, they instead found a way to be together as soon as possible.

Saima describes this as a “horrible time”:

I had to leave everything behind. My family, friends. My husband could not even join me to help me pack. We spent around £2,500 on the application process.

I’ve had to start from scratch in Dubai and am yet to find a job. It’s not even the financial aspect. For my daughter, she’ll not really experience her birth country.

Saima still considers herself very fortunate and her lawyers advised her that the Home Office are turning many away. Rather than freeing the taxpayer from burden, she says she sees how it can force a woman, having to raise a child on her own, to rely on the welfare system without their spouse there to support her:

The Home Office are making policies with blinkers on. There is no process behind this type of rule. It doesn’t counter anything.

With so many couples fighting the system to be together, one has to question just what it is the Home Office is fighting back for.

– Read more Canary articles on the Home Office and Immigration.