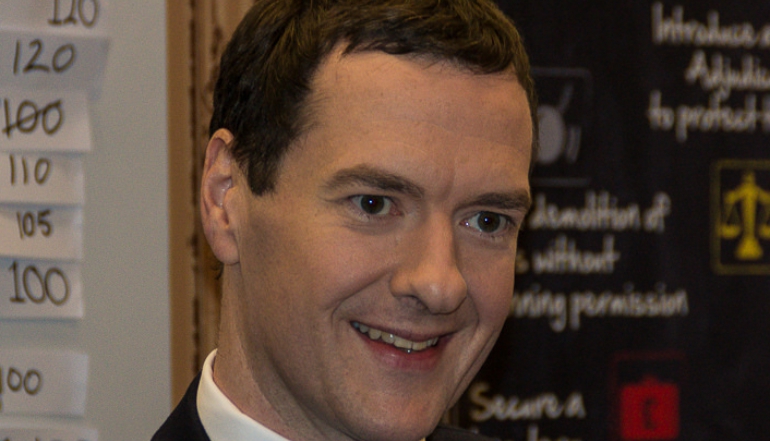 Former Chancellor George Osborne famously said “we’re all in this together”. But his income, published in the Register of Members’ Financial Interests, proves how far this is from the truth. Osborne raked in an eye-watering £786,450 from giving speeches between September 2016 and January 2017. But he is also set to earn a further £650,000 a year for working four days a month, starting in February 2017.

This new six-figure role is with BlackRock, the world’s biggest fund manager. Osborne was criticised for taking the role because BlackRock could have gained from changes to pensions he made when Chancellor. Speaking in January, Shadow Chancellor John McDonnell claimed that:

It looks like the former chancellor also seems to think that after Theresa May’s speech this week it’s looking like a bankers’ Brexit is what the Tories have in mind for our country. But in the communities that have been hit hardest by his austerity policies of the last six years, people will wonder, are we all still in it together?

And he is profiting even further. On top of his £650,000 salary, Osborne is set to profit from equity in BlackRock in the future.

A ‘who’s who’ of banking and finance

In addition to Osborne’s role with BlackRock, his speaking engagement list reads like a ‘who’s who’ of banking and finance. Since October 2016, he has delivered speeches to HSBC, Lloyds Bank International Ltd, St James’s Wealth Management, and JP Morgan.

And his fees have ranged from the bargain price of £15,081 (Lloyds) to a staggering £80,240.16 for two hours’ work with Palmex Derivatives. He also gets his travel and accommodation paid for on top of these massive fees.

Osborne was named the highest earning MP of 2016. And with these and other contracts continuing, it is likely that he will top the charts in 2017, too.

But what about that other job you’ve got, George?

Yet unlike other former MPs who have profited from the “revolving door” of politics and business, Osborne is still an MP. Albeit a lowly backbencher. But rather than devote more time to his constituents and the supposedly full-time job of parliament, he is seeking private profit.

I was chancellor of the exchequer, working seven days a week, and now I’m a backbench MP I made a decision to remain in politics and public life because I wanted to go on contributing to the discussion about helping to improve our country.

Obviously, for Osborne, improving “our country” is only possible if he earns a six figure salary from outside companies too. And ones that could benefit from his ‘contribution’ to parliamentary discussions.

We’re all in this together

Maybe we finally have the proof of the real meaning of Osborne’s famous words. The rich elite are “all in this together”. They all play their part in the current system, whereby austerity is forced on the poor while the elite profit massively.

This is further proof that a rich elite rule this country; a rich elite who are happy to get richer on the backs of the most vulnerable people in society. If that’s not proof that a drastic and radical change is needed, then what is?

–  Support Disabled People Against the Cuts.