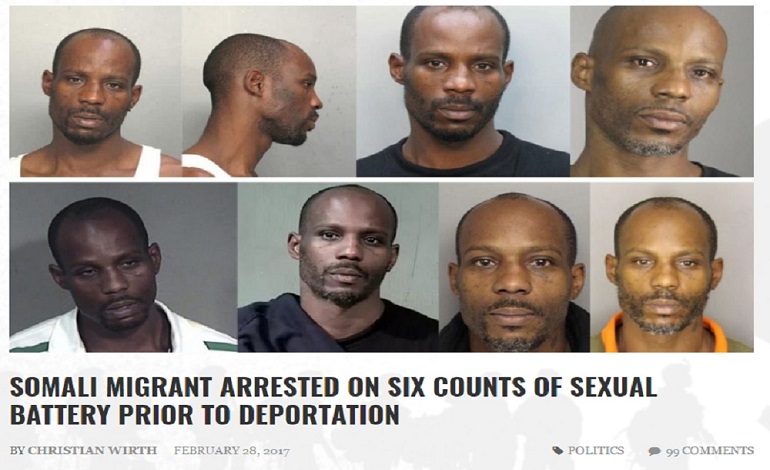 A fake alt-right news site has been peddling made-up stories about criminal immigrants and Muslims. It has been using US rappers as the suspects in fake police cases. But people have been believing the news. And it poses serious questions about how far a joke can go.

Brietbart Insider (sic) has twice used the images of rappers for completely unrelated stories. The first article was published on 28 February. It related to a Somali immigrant who was arrested on suspicion of sexual offences, and then deported.

But the photos Brietbart Insider used were actually of US rapper DMX: 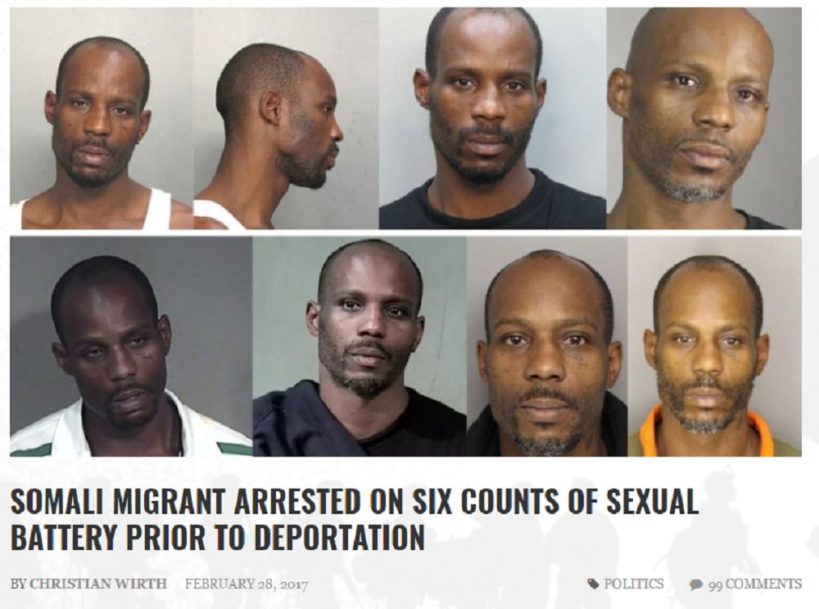 The second story is from 8 March. Brietbart Insider reports that a “Moslem” teenager was arrested by the FBI on terror offences.

But again, the image used was of a rapper. This time, Tyga: 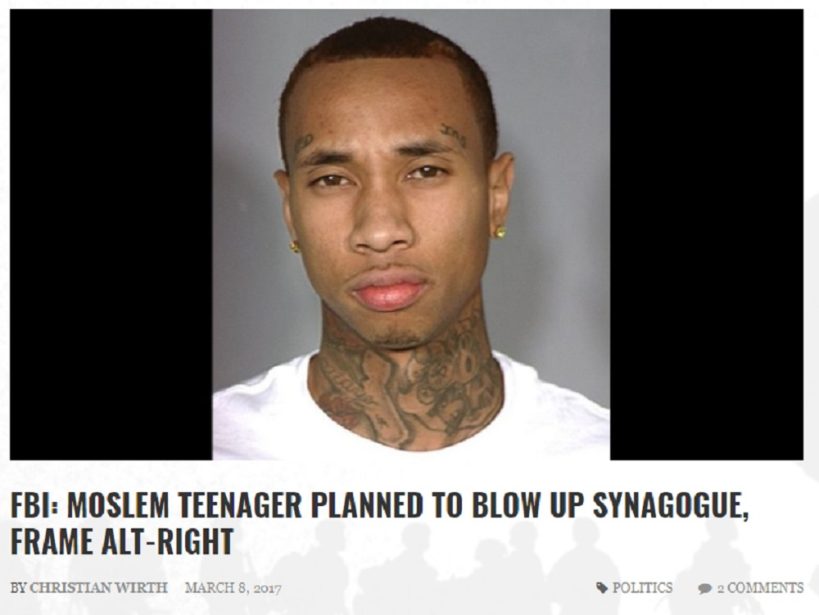 Dig a little deeper, and these false stories are more ridiculous than they first appear.

The piece from 28 February names the Somali “migrant” as Jawahir Ahmed. But Jawahir Ahmed is actually a well-known US model. Originally from Somalia. And a quick Google search shows that there was no arrest or deportation of anyone of that name from the US. But Brietbart Insider reads, and looks, like a proper news website. It says of Ahmed:

ICE (Immigration and Customs Enforcement) officials cited ‘Pressure from the Obama Administration’ to release detainees of Middle Eastern descent, but would not clarify further when pressed for answers.

Brietbart Insider gives the game away, however, when it says:

Immigration officials admitted that the full tally would never be known, because Jawahir Ahmed spent much of his time in Dearborn Michigan, where Sharia Law is established.

And hidden away near the bottom of the ‘About Us’ part of the site, Brietbart Insider answers the question “What category is your website?” with the answer “Satire and Parody”.

Nonetheless, a scan through the comments section shows that some people were fooled:

There is definitely a place for satire and parody in modern news. In fact, it is sorely lacking in the mainstream press. Perhaps it is also telling that it is hard to spot the difference between Brietbart Insider and its official namesake (far-right media platform Breitbart). But satire must always be clearly done, and well signposted as such.

What Brietbart Insider does is not only misleading, but inflammatory. And it feeds into a narrative that should be avoided at all costs.

– Support The Canary to counter the narratives of the corporate and far-right media.