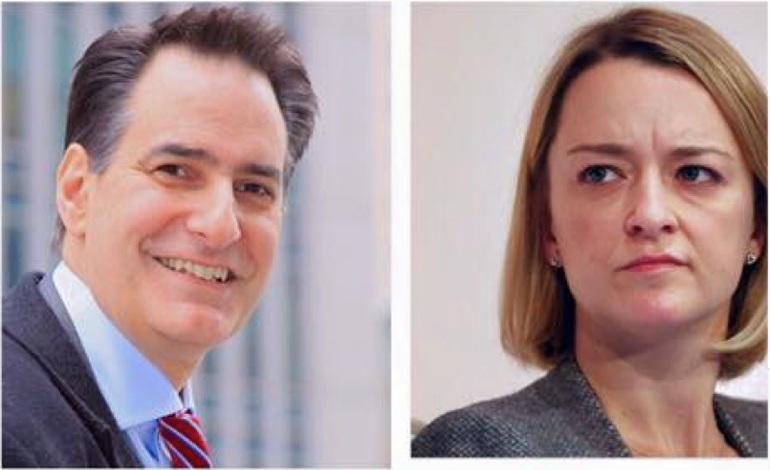 Lawyer and commentator Peter Stefanovic has created a viral conversation which will come as rather bad news to BBC Political Editor Laura Kuenssberg.

The rather bad news

Peter Stefanovic is a former partner at Simpson Millar LLP. A leading Legal 500 lawyer, Stefanovic was nominated for Legal Personality of the Year in the 2016 Solicitors Journal Awards. He is also a columnist and commentator in new media. And his reaction to Kuenssberg’s 15 March film on Jeremy Corbyn and PMQs was watched by 1.2 million people in 48 hours. Stefanovic is known for his no-nonsense debunking of political deceits. And he has staunchly supported junior doctors in their contract dispute with the government.

This week, the Law Society member had a word with his followers about polls and the power of new media to change minds.

Stefanovic called out the bizarre poll that declared Labour leader Jeremy Corbyn was as unpopular as Donald Trump this week. This is the first poll conducted by GfK (formerly known as NOP) in 12 years. The Independent fired the polling company mysteriously after the 2005 election, and they have not polled since.

The lawyer used a canny method to underscore his point. He compared the number of times people shared Kuenssberg’s attacks on Corbyn versus his clarifications. The BBC Political Editor should have won hands down. But as the numbers explain, that was not the case.

UPDATE 3:50pm 28 March 2017: This post originally stated that Stefanovic won the Legal Personality of the Year in the 2016 Solicitors Journal awards. This was an error. He was nominated. The article has now been updated to reflect this.

– You can see more from Peter Stefanovic here.