A housing association says it can't afford to keep vital services open. But it wasn't expecting someone to go through its books - The Canary 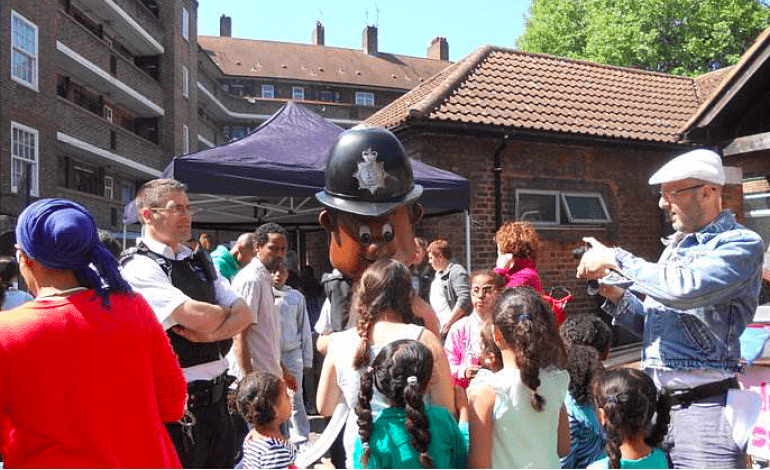 A housing association claimed it has hit hard times and can no longer afford to run important communal services. But an investigation has uncovered that the housing association’s finances are in “great shape”. So much so, in fact, that it is able to plough money into its more profitable ventures. Despite the organisation involved being set up for charitable aims.

Five communities in inner city London have been told that their community centres are no longer financially viable. The bearer of such bad tidings was The Hyde Group. It is a housing group founded to help the “poorest and most vulnerable members of society”.

According to Hyde, the organisation’s finances have been put under strain by government reforms. It claims it has to now focus on delivering new homes to address the housing crisis.

The news was a disappointment to members of these centres:

Communities that use Kennington Park Community Centre (KPCC) and the Stockwell Centre have been campaigning to keep them open. They say these centres are a fundamental part of their estate’s community:

Any inner city council estate has a large number of families living there. So, it’s really important to have a community centre, it’s where people meet. You take that away there is nothing else.

But Twelves also claims the housing group has been running the centre down for years, by failing to invest in it.

The Hyde Group say they are looking for outside organisations to take over the centres’ management. But Labour’s Cllr Martin Klute has said that this is “abdicating responsibility” and “defaulting on their social obligations”.

Not the entire truth

But things aren’t as bad financially as Hyde seem to claim. And Corporate Watch, a not-for-profit co-operative, delved deeper into their financial situation.

The Hyde Group is a collection of subsidiaries that fall under Hyde Housing Association (HHA). HHA is the parent company and enjoys charitable status. Subsidiaries include several not-for-profit entities and a profit making business. Corporate Watch says that the group claim they reinvest these profits back into the housing association. Because there are no shareholders.

According to Corporate Watch, in 2016, the Hyde Group was left with a £87m “cash pile” after costs. But it says it can’t afford to run the community centres. Yet it has diverted capital towards the profit-making part of the company, Hyde Vale Ltd. This company sells new builds on the open market, privately. The price of one particular one-bed property in Camberwell, for example, was £395,000.

Hyde Southbank Homes (HSH), a not-for-profit subsidiary of Hyde, built the Stockwell Centre and KPCC as part of the stock transfer agreements that took place between Lambeth Council and the group in 1999 and 2005 respectively. Those agreements stipulate:

any surplus money that [Hyde Southbank Homes] makes will remain within HSH and will not be shared with any other part of the Hyde Group.

But HSH had lent Hyde Vale £17.6m, as of 2016. And Hyde Vale reinvested all of the profit it made into HHA – the parent company – rather than HSH, the not-for-profit subsidiary.

No shareholders but someone’s getting paid

Her reputation precedes her. Under her watch, Serco overcharged the UK government for its criminal tagging contract. It used detainee labour at £1 per hour. And it lost [paywall] a lucrative contract to provide asylum housing after allegations were made that it made asylum seekers live in dangerous and dirty homes.

And Bailey is in similar company at The Hyde Group. Her fellow board members come from financially lucrative backgrounds including investment banking, BAE systems and G4S.

Creeping up the chain

Kate Hoey MP for Vauxhall raised Hyde’s conduct in a Commons debate on 29 March. She noted the corporate leanings of its board. And she raised concerns over a number of issues connected to its management. This included the lack of transparency around the spending of service charge payments. Payments for services were being demanded without the relevant accounts explaining what the payment was for.

In relation to the community centres, Hoey summed up the situation:

the question is not whether the community centres are affordable, but whether Hyde wants to give them any priority—it has clearly decided that it does not. Hyde’s bosses claim that the money that it makes from its for-profit activities will ultimately benefit the rest of the group, but it no longer seems to be worried about the effect on long-term residents.

Housing minister Gavin Barwell suggested Hoey take this up with the Hyde group themselves or raise it with the Housing Ombudsman. But he admitted that although Hyde operates in the private sphere it should remain committed to its social goals. Twelves laments that Hyde has become a “property developer not a housing association”.

A spokesperson for The Hyde Group told Corporate Watch:

Our core purpose as a housing association is to provide homes for those most in need. The Hyde Group like many housing associations across the country has to make cost savings, including to our social investment arm Hyde Plus and our Community Centres. Regrettably, the investment we put in is no longer financially viable, a position we completely understand is deeply upsetting for local residents but as a responsible housing association we must focus on creating more homes.

But The Hyde Group’s conduct seems to be a trend within the housing market. Culling social aspects of the organisation and focusing on the more profitable parts – contrary to its founding aims. Hyde is reneging on a promise to maintain the community centres. And although such centres may not be profitable, companies like Hyde can certainly afford to do so.