One political party is offering us a three day weekend. So why are Twitter users so unhappy? [VIDEO, TWEETS] - The Canary 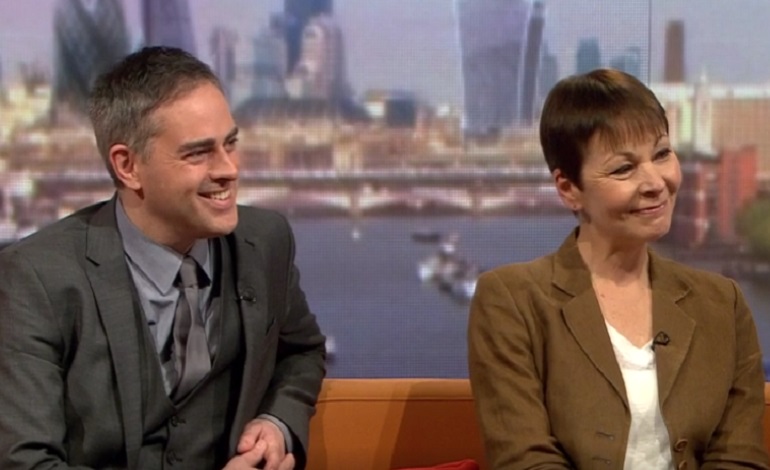 The Green Party is considering one of its most radical policies yet – to introduce a three day weekend in the UK. And while you’d think most people would jump at the chance to work less, not everyone thinks it’s a good idea.

A Bank Holiday every week?

The idea of a four-day working week was originally floated at the Green’s Spring Conference on Saturday 1 April. Co-Leaders Caroline Lucas and Jonathan Bartley later discussed the idea on The Andrew Marr Show. Bartley said [24.20]:

We really wanted to flag this up because we think that we need bold new ideas… We’re facing the 21st Century, a very uncertain world, with big pressures from corporate globalisation… When I was a kid we were told there’d be all this wealth created, we’d have this great technological advance. But you know what? What we’re seeing is just growing inequality. And we feel that people are being short changed. We’re seeing a right wing coup over Brexit which is taking us into an even more deregulated situation…

Presenter Eddie Mair asked Lucas how the four-day working week would fit into the UK’s “productivity problem”. She said:

Wish you had tomorrow off too? That's what we're calling for. @CarolineLucas explains why we want a three day weekend. #Marr pic.twitter.com/cazfgntVge

Not just the Green Party

There is evidence from around the world that a reduced working week and/or hours does have benefits. Sweden, for example, has a six-hour cap on a working day. It is based on the idea of Parkinson’s Law, which says that:

work expands to fill the time available for its completion.

The Netherlands has a four-day working week. And it, like Sweden, is ranked higher than the UK in the productivity index. Even though both the Swedes and the Dutch work, on average, less than those in the UK. And both countries were in the top ten of the UN World Happiness Report. While the UK languished at 19th.

But not everyone on social media thought the Green Party’s shorter working week is a good idea:

A three day weekend!! Why stop there Green Party? Let's have 12 week holiday entitlements, retirement at 45, Christmas every Wednesday #marr

A sticking plaster on a broken leg?

The Green Party has seen a noticeable shift of late in its approach to politics. Gone is the tree-hugging, eco-driven ‘positive politics’. And in its place is a more edgy, almost radical attitude to the issues of the day. Lucas said in her conference address that the Green Party wanted to create:

A future of radical innovation and creative disruption.

The challenge for the Green Party is how this will work while society still lives under the current and inherently corrupt corporatist financial system. Economically, the party currently advocates for:

A new wealth tax on the top 1%, a Robin Hood Tax on the banks and the closure of tax loopholes.

Tinkering around the edges of our broken financial system isn’t enough. The utterly flawed order of things needs overhauling. And that’s something even the Greens don’t know how to do. But unlike the stagnant mainstream parties, they’re moving in the right direction.