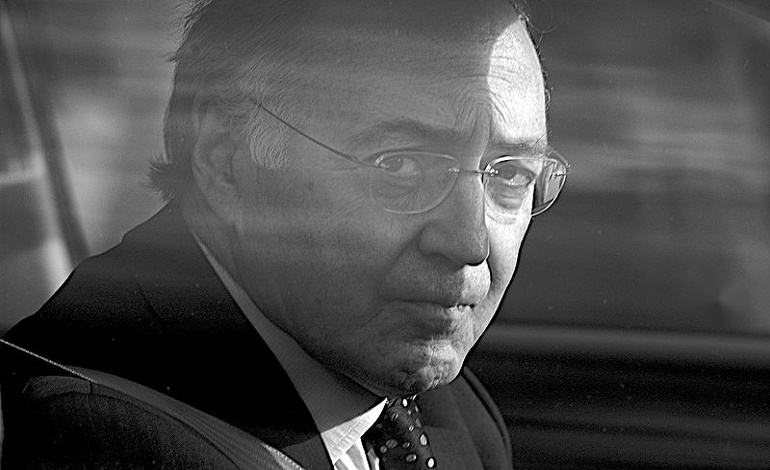 On Sunday 2 April a former Conservative Party leader appeared to threaten war with Spain, over the situation surrounding Brexit and Gibraltar.

Oh, what a lovely war

Michael Howard, who led the Tories from 2003-2005, told Sky News’ Sophie Ridge on Sunday programme that there was “no question” that the government would stand by Gibraltar. He then went on to say that he’s certain Prime Minister Theresa May would show the “same resolve” over the situation with the British territory as Margaret Thatcher did with the Falklands during the 1980s. A “resolve” that led to the Falklands War with Argentina:

Former Tory leader Michael Howard not very subtly suggests Theresa May would fight a war with Spain over Gibraltar.pic.twitter.com/o7kF3ozxMT

Due to Brexit, Gibraltar has been making the headlines. Spain has been accused of “lobbying” the EU to have its say over the territory’s future during and after Brexit. And a prominent MEP said that the UK government has “overlooked” the future of Gibraltar. Because it failed to mention the territory in its 2,200-word Article 50 letter. Clare Moody, Labour MEP for Gibraltar and south west England, said:

I was amazed that they failed to do that in the letter they sent on Wednesday. It worries me that we are about to enter into the most detailed negotiations that we have known for decades. If the government has overlooked the interests of Gibraltar… then what else are they going to overlook as well?

But Foreign Secretary Boris Johnson said that the UK government’s support for Gibraltar was “implacable and rock-like”.

The people of Gibraltar have made it clear that they don’t want to live under the sovereignty of Spain. Gibraltar is going to be protected all the way.

Senior Conservatives appear to be using Brexit as an opportunity to do some post-colonial sabre rattling. But the timing of these ill-judged interventions couldn’t be worse. The UK is officially only four days into the Brexit negotiations. And already a post-EU Britain is shaping up to be one where the Tories are turning the clock back to Victorian colonialism.

What our government must look like to the rest of the world is anyone’s guess.