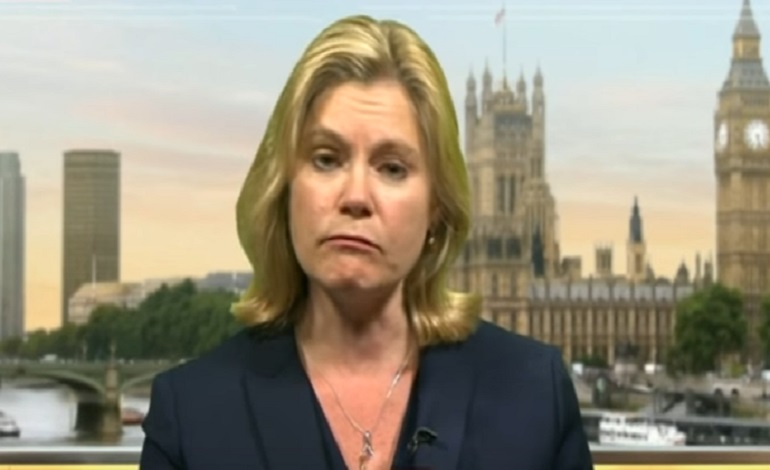 On Thursday 13 April, Education Secretary Justine Greening was a guest on BBC Radio 4‘s Today programme. She was quizzed over the government’s plans for grammar schools to “help ordinary working families”. But one question left Greening floundering. And for someone advocating grammar schools, there was a distinct lack of grammar in her response.

Greening was talking about the government’s plans to make grammar schools accessible to all pupils. Even those from the poorest backgrounds. But it is moving its focus away from the most disadvantaged pupils. And it aims to target working families with incomes up to £33,000 to get their children to attend grammar schools. Not children who get (2:21:50) free school meals or are on the pupil premium.

But she was left floundering as an unusually probing John Humphrys asked her (2:16:40) to name experts who supported the grammar school plans. And her response was telling:

Humphrys continued his questioning of Greening by levelling at her that:

The fact is… [that] Grammar schools disproportionately benefit the best off…

I want to see all grammars… doing a much stronger job…

But Humphrys interrupted her:

So they’ve failed up to now… that’s the point. You accept that? In the sense of social mobility, they have failed?

Greening denied this was the case:

But if you have selective education… you cannot do anything about the fact that, if you’ve got more money, if you’re middle class… you can pay for you children to have extra tuition…

He also asked Greening (2:20:33) if there would be set quotas for the number of poorer children allowed into grammar schools. And Greening did not deny this fact, saying “we’ll be setting out our proposals in a forthcoming white paper”.

Greening also said (8:55) on BBC Breakfast that the government is putting in “record amounts” of funding for education. And that the Tories are “absolutely committed” to ensuring “all schools” get the most out of that money:

The facts are clear, grammar schools will do nothing to help the overwhelming majority of working families across the country. The Government’s attempt to fiddle the figures to support their discredited and divisive policy does not change the basic reality that for the overwhelming majority, academic selection is a barrier to social mobility, and the Government’s plans to return to the days of secondary moderns will only make this worse.

And Greening’s faltering interview on the Today programme does nothing to quash Rayner’s assertion. As always with the Tories, it appears that money talks. And those who have it are at a far better advantage in a Conservative UK than the rest of us.

– Read more from The Canary on grammar schools.