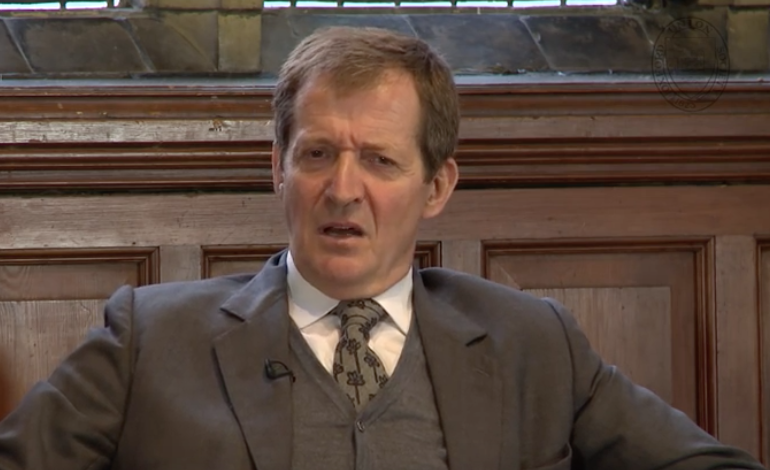 Former Tony Blair spin-doctor Alastair Campbell has a new project, as Editor-at-large for The New European. It’s a Blairite newspaper, like The Guardian, except with more quinoa. But the new venture has already managed a major gaffe which has invited widespread criticism.

The New European is vigorously pro-Remain. But some of the paper’s pro-Remain readers were deeply unimpressed with the depiction of Brexit voters on the front page of the latest issue:

The tired depiction of British northern seaside towns annoyed Remainers and Brexiteers alike. It embodies the very attitudes of entitlement and superiority among the UK establishment that drove many to vote for Brexit in the first place:

Er… what? I am a Remainer but also a proud Northerner and this front page is so bloody patronising https://t.co/rw8kbeGibR

It is very sad to see the image of the Jolly Fisherman being exploited in such a negative way. Both residents and visitors will testify that Jolly welcomes everyone to Skegness and many will be hurt and offended by this use of their much loved, iconic Jolly Fisherman.

This should come as little surprise to anyone with the vaguest memory of the Campbell-Blair era of relentless spin. But as Blairism decayed, losing the Labour Party 4.9 million voters and two general elections, Campbell has become an anchor. And he steadfastly refuses to allow the party to move forward. Through his role with Portland Communications and his connections in the media, he is committed to the ousting of Labour leader Jeremy Corbyn. But this isn’t personal. Campbell is reliably hostile to any candidate that would steer the party away from Blairism:

Campbell’s prominent place in the British media is symbolic of a wider failure. His role in orchestrating public support for the invasion of Iraq alone should disbar him from such a position. But in a media landscape dominated by just a handful of wealthy and connected individuals, it should come as no surprise whatsoever.