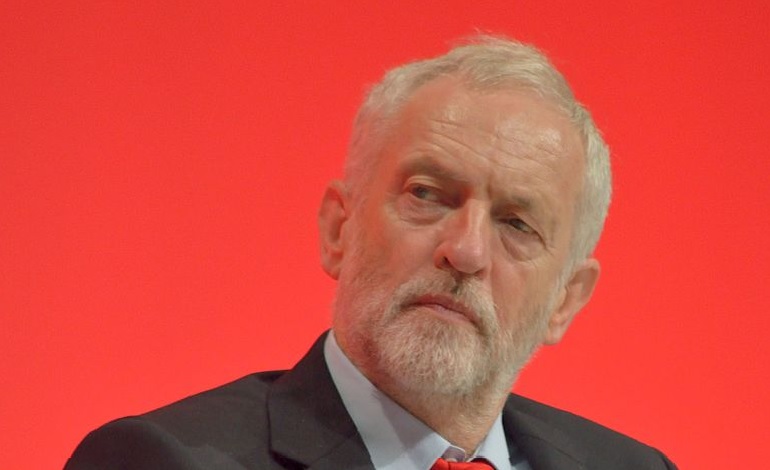 An internal email thread between a Labour Party member and its General Secretary has been passed to The Canary. And it shows that, even after last year’s Labour purge, it’s still one rule for the members and another for the likes of Peter Mandelson. Because the emails give the latter a free pass to say what he wants.

A member of the party emailed General Secretary Iain McNicol over Mandelson’s conduct. It concerned his comments to The Jewish Chronicle regarding Labour leader Jeremy Corbyn. Mandelson said that:

I work every single day… to try to move forward the end of his tenure in office… every day — an email, a phone call, a meeting with Labour MPs. I try and galvanise them. Every day I do something to rescue the Labour Party from his leadership… The Labour Party at the moment is on life support. I think it’s not dead, I think it can recover and pass out of the A&E route in due course, if we want to get another leader. The problem with Jeremy is… It’s as if he’s in a parallel universe.

The member was not happy with Mandelson’s attempts to discredit and undermine the democratically elected leader of the party. So she emailed McNicol on 21 February about her concerns:

It seems that missives complaining to you have to be written on a regular basis. I am appalled that Peter Mandelson should publically admit that he is working on a daily basis to bring down the elected leader of the Labour Party. It is no wonder that the party are apparently falling behind in the polls when he and members of the PLP are continually sniping at Jeremy Corbyn, thereby encouraging the negative press coverage which seems to be a daily event at the moment.

When will the NEC do something to correct this situation? Unless of course they are in agreement with the way things are.

Thank you for your email regarding comments made by Lord Mandelson.

Both the Rule Book and the National Executive Committee make it clear that the mere holding or expression of beliefs and opinions should not in itself be a cause for disciplinary action. If you are not happy with comments made by a Labour politician you may wish to take that up with the person in question as I am sure they would be interested to hear the view of Labour Party members.

It would seem that McNicol thinks that any complaints about Labour politicians should be directed to them, in person. It would be interesting to see how this had panned out in the furore over Ken Livingstone’s comments.

The member promptly replied to McNicol the next day:

Thank you for your reply to my previous e-mail. However I do not accept your argument that Peter Mandelson was merely expressing an opinion. Stating quite clearly that he does everything he can to bring down the current Leader of the Labour Party is something quite different. I repeat, he should be suspended from the Labour Party and you and your team should be looking at this. You were certainly quick enough to suspend and expel members for far less during the Leadership election last year.

I think you will find that there is much support amongst members for this course of action. You cannot have one rule for one and another rule for others, however much influence they may have on senior party members.

On this occasion, McNicol responded quicker – on 1 March. But it was probably because he more or less copied-and-pasted it from his first answer:

As previously explained both the Rule Book and the National Executive Committee make it clear that the mere holding or expression of beliefs and opinions should not in itself be a cause for disciplinary action.

Your complaint has been reviewed by the Chair of the NEC and no further action will be taken in this matter.

As The SKWAWKBOX noted:

McNicol’s contemptuous – and contemptible – response was to completely ignore everything [the member] had said and merely to repeat his nonsensical point. He’s clearly good value for the huge salary that sends him on all those holidays…

The member who complained to McNicol told The Canary:

Me, and many other members, are extremely frustrated by the totally transparent manipulation being carried out by Labour Party HQ. I feel that the control being exercised is undemocratic and against all the original aims of the party.

But this simple email thread begs questions about the upper ranks of the Labour Party more broadly. With the recent storm over Ken Livingstone’s comments, it was clear that the party wants to be seen to be following due process regarding complaints about conduct and comments. But if McNicol’s shameless attitude is anything to go by, ‘due process’ only applies to those who are supporters of Corbyn.