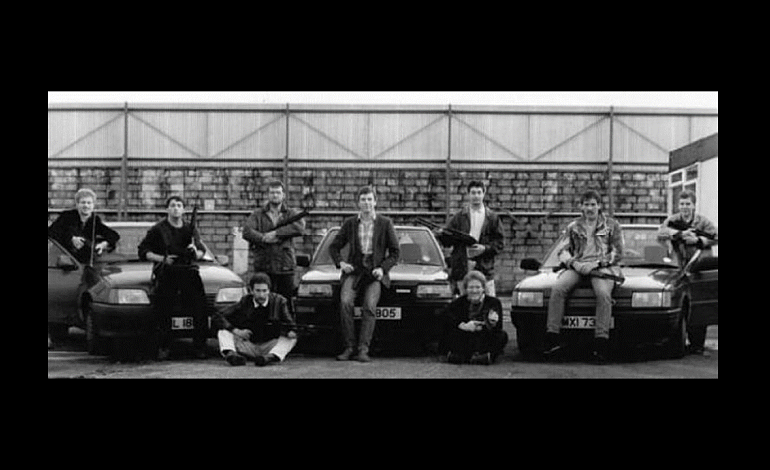 A BBC Panorama documentary broadcast on 11 April found evidence of collusion between army intelligence and MI5 around the execution of dozens of alleged IRA informers. And if it was not for a decades-long cover up, British intelligence and republican politicians would have been held accountable for those deaths. But there was much that Panorama left out. Crucial information that provides a fuller picture of what may really be going on.

The Panorama programme (see video below), The spy in the IRA, largely focused on the identity and role of a spy working for British intelligence using the codename ‘Stakeknife’.

From the beginning, it refers to ‘Stakeknife’ as Freddie Scappaticci, allegedly head of the IRA’s internal security unit. The programme also claims that Scappaticci ran the ‘Nutting Squad’. This was an IRA unit responsible for the interrogation, torture and execution of at least 30 suspected informers.

Those killings are now the subject of Operation Kenova. This is a police investigation headed by Chief Constable of Bedfordshire Jon Boutcher, who stated:

My principle aim in taking responsibility for this investigation is to bring those responsible for these awful crimes, in whatever capacity they were involved, to justice.

A Police Service of Northern Ireland statement clarified the investigation will examine whether there is evidence of:

According to Panorama, the Force Research Unit (FRU), a secretive British army intelligence unit reporting to MI5, may have given permission to commit the murders.

Deputy Chief Constable of Cambridgeshire John (now Lord) Stevens subsequently interviewed former FRU operative Ian Hurst. (Hurst appears second from the left in the above image of FRU agents). In 2003, Hurst allegedly identified Scappaticci as ‘Stakeknife’. And in February 2016, Hurst offered to provide testimony about Scappaticci to any inquiry.

Scappaticci vehemently denies he is a British spy.

But there is far more to this story than Panorama covered.

According to The Guardian, ‘Stakeknife’ reported directly to Martin McGuinness, the former Deputy First Minister of Northern Ireland, who died three weeks before The spy in the IRA screened.

And in July 2016, The Canary published evidence of how the British government colluded with paramilitary forces in Northern Ireland. This included ‘restricted’ testimony given by Hurst during a closed session of the ‘Bloody Sunday’ inquiry. Hurst also alleges that one in four IRA members was a British agent. And others allege (section 4.83) that at least one FRU agent received orders via the Provisional IRA.

Colonel Gordon Kerr, a counter-insurgency expert from the SAS, headed the FRU. According to an anonymous FRU source:

My unit was guilty of conspiring in the murder of civilians in Ulster on about 14 occasions. We were able to take out leading Provos with the help of the UDA [Ulster Defence Association]. It was a great military move.

And reports claimed that 15 innocent civilians died as a direct result of FRU/UDA collusion with paramilitary forces. Also that a staggeringly high percentage [p4] of Loyalist paramilitaries were British intelligence assets.

Hurst also claimed [p27, section 26] that the FRU continued its operations long after people thought it had disbanded:

The FRU was disbanded in name only… was reformed under a different name, but exactly the same structure.

As for Hurst’s current activities, The Canary reported in August 2016 that he now runs a web-based search facility. He also owns Intelligent Tracing Limited, which is registered with Companies House as specialising in debt collection.

Exposing the truth of what happened in Northern Ireland during ‘The Troubles‘ could see the Good Friday Agreement collapse. And no side wants that.

Consequently, it’s likely that the current investigation into what are essentially ‘death squads’ may see some of the evidence suppressed.