A private NHS contractor has gone bankrupt. And in doing so it sums up the Tories' health policies - Canary 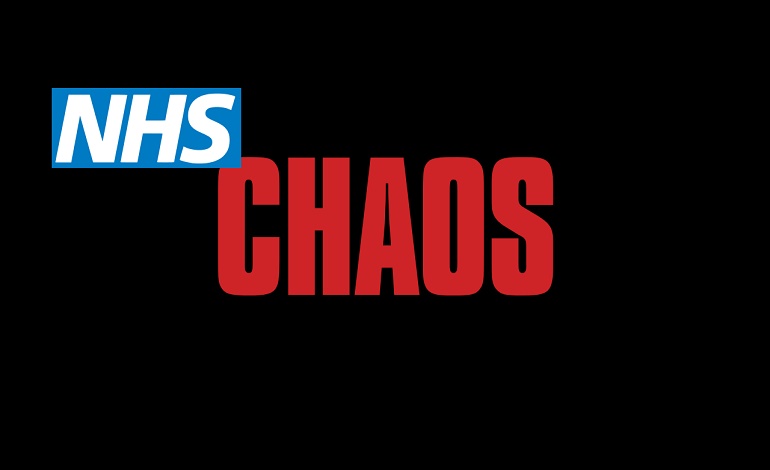 The bankruptcy of a private NHS contractor has left staff out of pocket and the health service scrabbling around to make up a shortfall in services. But the collapse of the provider also shows gaping holes in the government’s handling of the NHS.

Pearl Linguistics provided sign and foreign language interpretation services to the NHS and the Ministry of Justice. But in March, the company filed for bankruptcy, reportedly leaving more than 50 interpreters and translators with wages owed.

The company had faced heavy criticism from trade unions for its working practices. Professional Interpreters for Justice (PI4J) is an umbrella campaign group of Unite the Union, for interpreting professionals. In 2015, it accused (pdf p2) Pearl of “continuing to whittle away… interpreters’ fees”. Following reports of the company’s bankruptcy, PI4J said:

The government has an obsession, bordering on mania, with outsourcing to private companies what should be publicly-run services. These companies promise that they will make the contract run more smoothly while implementing so-called ‘efficiency savings’ – but the biggest cost element is staff wages and these are then slashed…

Issues against Pearl are not new. As early as 2013 [it] landed on the so-called blacklist of one translation blog. In 2014, Leena Dewis cited the ‘Pearl Linguistics Ltd. Scam’ as ‘the biggest scam that is still getting money off the NHS’. More recently, on 20 February 2017, Nataliya Vesnina posted on TranslationDirectory.com that: ‘these people [Pearl] have recently upgraded from bad payers to non-payers’.

Pearl was a horrendous agency, yet they still won these contracts. In fact they regularly had to subcontract, as interpreters didn’t want to work for them. Sheffield interpreters had to begrudgingly take on work from Pearl as there is little in the area. A lot of interpreters are probably now owed money.

The company has so far not published the reasons for its bankruptcy. And despite repeated attempts by the media, its founder and CEO Zeynep Demirbilek has not publicly commented on the company’s collapse.

But NUBSLI got hold of the bankruptcy document. It stated:

The government sets such “Framework agreements” in many public sector organisations. One example is the NHS ‘Shared Business Services‘, which is an outsourced management service provided by IT consultancy Sopra Steria. Its framework is meant to be:

Helping the NHS to save money and enhance quality so that the NHS can improve health, innovate to save lives and deliver better outcomes with care and compassion.

The NHS has handed its finance and accounting, employment services and procurement over to Sopra Steria. The company then deals with private contractors on behalf of the NHS. It negotiates cost reductions, processes invoices and ensures companies comply with standards. It was, in part, these cost reductions that Pearl Linguistics blamed for its collapse. And NUBSLI agrees. It says the frameworks are:

The issue with Pearl has highlighted a wider issue with government procurement of services in general. There is a fundamental misconception by government that buying services (ie. peoples time) off contract can secure the same discounts as buying products. Bulk booking does not reduce the expenses an interpreter incurs in running their business. And this continual attempt to drive down fees and working terms and conditions is leading to people leaving the profession. Agencies do not understand the work that British Sign Language (BSL) and English interpreters undertake. Many agencies are competing for contracts by promising prices which are artificially low and well below market rates, typically resulting in interpreters facing cuts of more than a third to their pay.

But ultimately, it’s patients who are at the sharp end of failing government policies.

Patients at the sharp end

A report by the London Assembly recently highlighted the issue surrounding the NHS and BSL interpreters. And it shows that deaf people with mental health issues are suffering disproportionately:

And it’s not just a lack of services that is a problem. Evans says that when services are provided, they are often restricted due to external constraints:

The added value that BSL/English interpreters once provided as standard is being lost. For example, a BSL/English interpreter attending a hospital appointment would arrive a minimum of 15 minutes early to ensure they had time to meet their clients ahead of the appointment; attend the appointment and then, once the appointment had ended, sit with the client to check all the information had been understood. They may even accompany the client to the pharmacy to ensure medication instructions were clear. Deaf people can often have limited understanding of written English and often rely on information being produced in BSL.

Currently, interpreters are given a time limit for each appointment by agencies and are unable to provide this service. In the long run this costs the NHS more money, as misunderstandings mean patients are now often returning for several appointments.

The NHS: on its knees

There are two issues at the heart of this. Firstly, that a company like Pearl Linguistics thinks that it can treat its interpreting staff badly while still expecting them to work, unconditionally. But the bigger issue is of the questions it poses about the Tories’ management of the NHS.

When a company like Pearl feels that it’s not being paid enough by the government to do its job properly, questions must be asked. Are the Tories operating a ‘race-to-the-bottom’ culture within NHS outsourcing? Are they aiming to encourage only the largest of companies to bid and win contracts? And what of Sopra Steria, employed by the NHS with the specific goal of driving down costs? What effect is its influence having on patient care?

Evans was very clear about what NUBSLI would like to see:

We would like to see the national frameworks and government contracts scrapped. Previously interpreters were booked directly by departments and local interpreters developed strong relationships with local services and communities. Deaf people could choose their preferred interpreter and in the case of the NHS, book them for the course of their treatment. Services booking interpreters directly saves money. It is far cheaper than using agencies who are dragging our services into the gig economy.

But ultimately, the story is the same as it always is. Privatisation-by-stealth. The very fact that Pearl said it could “not compete on price” in the NHS should sound alarm bells immediately. Because, with the Tories making NHS contracts more readily available than ever, they are slowly selling our health service from under our noses. And the collapse of Pearl, and its effect on workers and patients alike, encapsulates the crisis facing the NHS.

This article was amended at 7.30pm on 13 April to reflect that PI4J is an umbrella campaign group of Unite the Union, not a branch.

– Read more from The Canary Discovery.