The Conservatives' new election poster is cracking everyone up, except perhaps the Brexit Secretary [IMAGE] - Canary 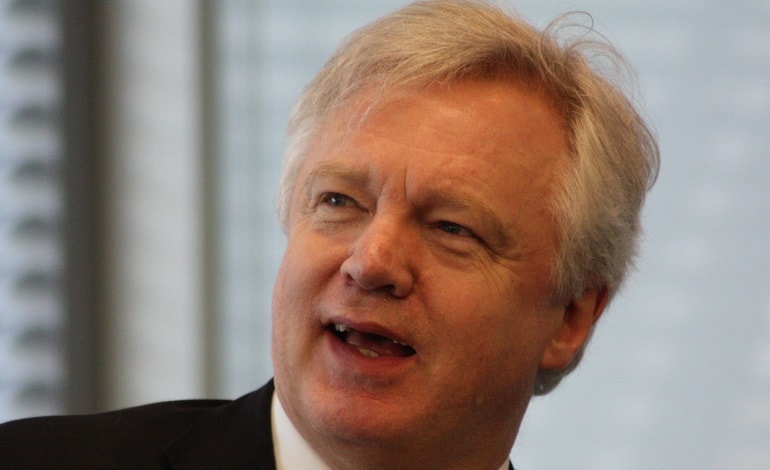 The Conservatives’ new election poster is cracking everyone up, except perhaps Brexit Secretary David Davis.

Things got off to a bad start at the attack ad’s launch. Unfortunately, the poster enables photographs that don’t quite create the desired impact:

I'm not convinced the Conservatives thought this poster launch through. pic.twitter.com/lkHmuhovui

It looks like the Brexit Secretary is the poster boy for a worrying electoral strategy.

The Conservatives intended a different approach with the full image. The original poster tries to reverse reality by suggesting Jeremy Corbyn leads a party of high debt and taxes for ordinary people:

The poster attempts to exploit the myth that a Corbyn-led economy would lead to higher debt and taxes. Take a step back from the rhetoric, and the real world looks a whole lot different.

There are two ways to consider debt: public and private. On both counts, the Conservatives have taken it through the roof. Under the Tories, average household private debt has leapt to a record high of nearly £13,000. That’s before mortgages.

And it’s about to get a whole lot worse. Post-Brexit CPI inflation is set to hit 4.1% in the final quarter of this year. Wages, which are already down 10.4% in real terms since 2008, are predicted to fall even further in response. Coupled together and we have what broadcaster Max Keiser has called the “greatest standard of living downgrade in post-war UK”.

Then there’s public debt. Contrary to economic folklore, the Conservatives actually proportionately increased debt by more in five years than every Labour government in history combined. That’s what happens when you obsess over short-term deficit reduction, privatise the country’s assets, and fail to invest in the real economy.

Last week, BBC Daily Politics host Andrew Neil disposed of the fable that the Conservatives are the party of low taxes. Grilling the Conservative Chairman on possible Tory tax hikes for people on low to middle income, Neil said:

As opposed to pervasive myths, the Conservative government is on course to raise taxes to their highest level in 30 years. And Margaret Thatcher set the record back in 1987.

The Conservatives’ election poster tells a rare truth. But only when applied to the Tories themselves. Under the Conservatives, we now have higher public and private debt, higher taxes, and more inequality. These are symptoms of an economic orthodoxy that transfers wealth from the already poor to the already rich. Let’s bring it to an end.