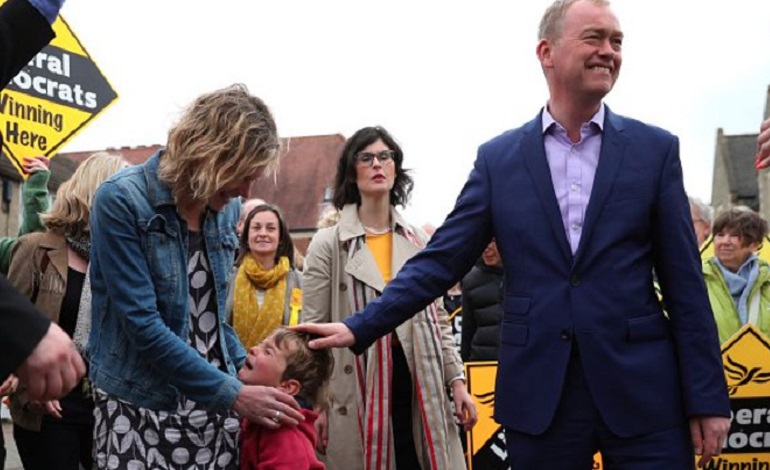 On Wednesday 3 May, Liberal Democrat leader Tim Farron went for a ‘walk about’ in Oxford, meeting members of the public. But he may have wished he hadn’t bothered. As some of the people he met weren’t best pleased to see him.

The Lib Dem leader has been campaigning heavily over Brexit. He says that the party will promise a second referendum over the decision to leave the EU. But one passer-by was not happy with that Lib Dem stance. And he made his feelings clear to Farron:

Okay this is a public mugging, but at least @timfarron isn't locking himself away from ordinary voters pic.twitter.com/trZwkMNvYG #Malcolm

But it wasn’t just this retired gentleman that Farron seemed to upset:

Turns out that angry pensioner wasn't even the worst reception Tim Farron got today pic.twitter.com/4UsEuMgvBR

The Lib Dems have ruled out any form of coalition government in the event of a hung parliament on 8 June. Although the party has said it won’t “rule out future coalitions”. But judging by the reaction of this passer-by, the Lib Dems may do well to ‘go it alone’ for the foreseeable future:

This man wasn't pleased to see @timfarron today. He shouted "you and the coalition, bloody Cameron", and boos 👏🏻👌🏻pic.twitter.com/PlQr0RPlf2

Despite some bad reactions in Oxford, Farron’s Lib Dems appear to be gaining ground. Early in April, Tory spin doctor Lynton Crosby warned the Conservatives off holding a snap general election. Mainly because private polling suggested that the Conservatives could lose up to 27 seats to the Lib Dems. The New Statesman reported that a survey by the company showed:

[The Tories] would lose most of the 27 gains they made from the Lib Dems in 2015, including all those in south London, all those in Cornwall and most of those in Devon. Lynton Crosby… is said to have personally told May of the grim findings.

And current polling has put Farron’s party on 10.5%, up 2.4 points and ahead of UKIP. So while Oxford may not like the Lib Dems that much, the party could be one to keep an eye on in the general election.