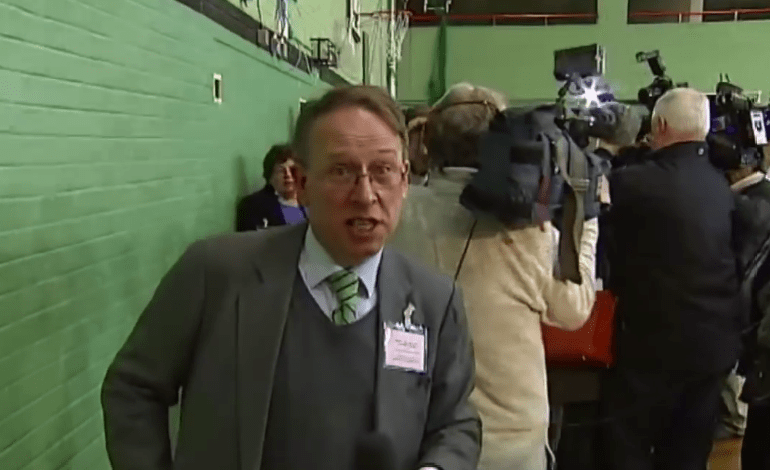 Channel 4‘s Michael Crick has torn into the media for allowing Theresa May to run a campaign that would make Kim Jong-un blush. The political correspondent said he was shocked that the media is collaborating so much with May’s carefully stage-managed election campaign:

What shocks me is reporters collaborate with May press team by agreeing to reveal their questions to them in advance pic.twitter.com/p7LMEBXy7e

So far, May’s campaign has been a heavily controlled affair. One of the most striking examples was an event in Cornwall on 2 May. Local paper Cornwall Live reported:

And the stage management looks set to continue. Based on first-hand experience, Crick reported:

Only pre-arranged journalists get questions at May events. Those chosen asked by May aide to state Qs in advance pic.twitter.com/4KLHTvCarv

There is a pattern emerging. On 8 May, the sitting Prime Minister refused to take questions from anyone other than handpicked journalists in Harrow, London. And as The Guardian pointed out, this was “rather generous by the standard of these events”.

But it’s not only journalists that May is silencing. Another continuous theme of May’s campaign is that only Tory party activists are included. Across the country, from Harrow, to Bristol, to Cornwall, only nodding faithfuls seem to attend May’s events.

According to Crick, May’s prepared audiences have continued in York:

But in Bristol on 2 May, local people did find out about one of May’s closed-off events. And they gave us an indication of why May might be adverse to contact with ordinary folk:

Local people not happy at being left outside as Theresa May attends an invite-only meeting in Brislington #GE2017 pic.twitter.com/nAmeOzJH9o

The locals chanted “May out, Corbyn in” as the sitting Prime Minister was sped away in a vehicle.

The sitting Prime Minister is apparently incapable of negotiating with any of her own electorate in a free, democratic setting. Nor can she debate the opposition leader in a TV debate. And she even has to vet the largely conservative media before questioning is allowed. So people are rightly concerned about how she will negotiate a decent post-Brexit deal with the EU.

The ‘safe pair of hands’ image of May, painted by the political and media establishment, is a mirage. Too much time off-script and it would collapse. That’s why she won’t debate Corbyn. And that’s why May only invites Tory faithfuls and vetted journalists to speak with her.