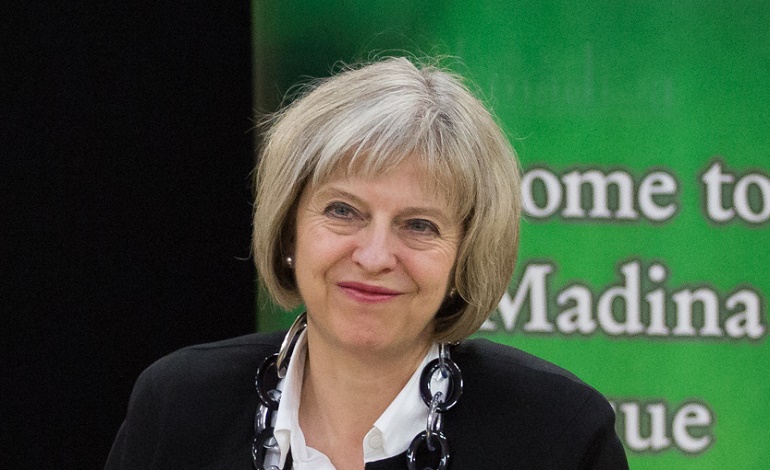 On Tuesday 9 May, Theresa May announced another election policy from the Conservative Party. But the public won’t need the memory of an elephant to realise where this latest ‘Tory’ idea came from. Because it’s essentially a rehash of an old Labour policy. One that, during the 2015 election, David Cameron called a “joke”.

May is one of us. Really…

The Tories have pledged to put a cap on energy prices. Specifically, that the industry regulator Ofgem will set a rate for standard variable tariffs; rates which industry watchdogs often criticise as being a bad deal for consumers. Announcing the policy in The Sun, May said:

Like millions of working families, I am fed up with rip-off energy prices. Gas and electricity bills only ever seem to go in one direction, eating up more and more of your monthly pay packet… So I am making this promise: if I am re-elected on June 8, I will take action to end this injustice by introducing a cap on unfair energy price rises.

May went on to fawn over The Sun, saying that the tabloid had conducted “tireless campaigning” on energy prices and that she was determined to “stand up for Sun readers”. But the new Tory policy is almost a carbon copy of Ed Miliband’s ‘energy price freeze’ plan from 2013.

If in doubt, steal it from Labour

There are only two real differences between May’s policy and Miliband’s. His idea was a freeze which would have been set by politicians. Whereas under May’s plan, prices will be capped and Ofcom will set a rate and then monitor it.

But when Labour was touting a freeze, former PM David Cameron weighed in because prices were falling. He said of Miliband:

He cannot talk about his energy price freeze, because it has turned him into a total joke.

Former Tory Party Chairman Grant Shapps called the policy “complete chaos”. Current Defence Secretary Michael Fallon, meanwhile, said [paywall] Labour’s plans were “shocking” and “extremely dangerous”, warning it would take the country back to the 1970s when politicians “interfered with industry”. He also said the policy was a “gimmick”. And The Sun called Labour’s plan “Mili’s energy freeze bill”, warning that it would cost consumers around £70 a year extra. The Telegraph also warned at the time that Miliband’s freeze would stop energy bills being cut by up to £130.

But of course, there is a world of difference between what Miliband proposed and what the PM is doing now. Except there isn’t. Even the BBC‘s Political Editor, Laura Kuenssberg, had to admit that “the prime minister is pressing ahead with a policy that’s more or less out of Labour’s 2015 playbook”.

Theresa May is on the run from the fact that, under her party’s watch, inequality and fuel poverty have spiralled out of control. And the public is, hopefully, wising up to these facts.