A Sky News host attempts to 'ambush' Jeremy Corbyn, and falls flat on their arse [VIDEO] - The Canary 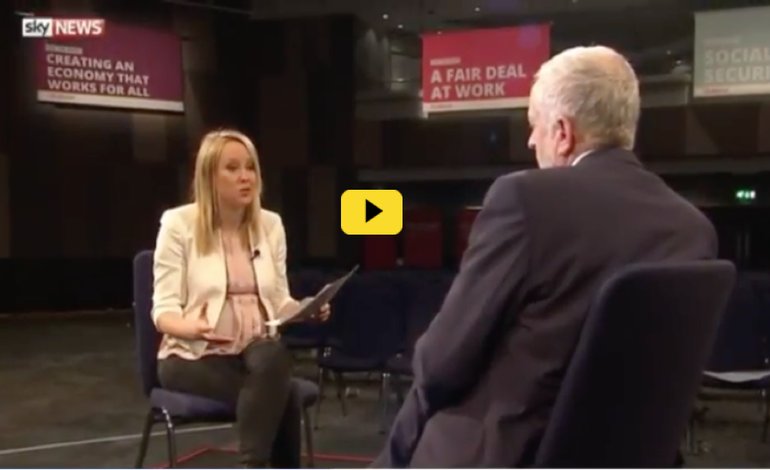 On Sunday 21 May, Sky News host Sophy Ridge attempted an ‘ambush’ during an interview with Labour leader Jeremy Corbyn. It did not end well for her.

The ambush that never was

On Sunday, Corbyn succeeded in debunking an attempted smear from Sky’s Sophy Ridge. The Sky host had apparently intended to ambush him with an article from the Labour Briefing magazine from the 1980s. Ridge was under the mistaken belief that Corbyn was editor of the magazine when it ran a controversial piece after the Brighton bombing which killed five people and very nearly ended the life of Margaret Thatcher. Just one problem, Corbyn was never editor. Like many Labour MPs of the day, he wrote some articles for it occasionally.

Ridge opens the interview by speaking to the importance of Corbyn’s character as a factor in the minds of voters. Then, she attempts to ambush him with a character assassination.

“I just want to show you this editorial,” she says, handing the article to Corbyn. “This is taken from the Labour Briefing magazine, back in December 1984. Were you General Secretary of the editorial board at that time when that was published?”

No. I wasn’t even a member of the editorial board.

Ridge keeps pushing, finally revealing her ‘source’ to be a profile by Andrew Roth, who died in 2010. To which the Labour leader responds:

Andrew Roth has a wonderful reputation for having the most inaccurate parliamentary profiles known to anyone.

The Sky host continues the attempt to deliver her points, even though they are now entirely moot. This leaves Corbyn looking baffled but amused as he delicately points out his commitment to peace in Northern Ireland. The final exchange of the interview is worthy viewing:

Ridge: So why did you continue to write for that magazine then?

Corbyn: I wrote for the magazine on many issues because it’s a magazine that reaches a number of people within the Labour Party and the Labour movement. There are many things in many papers and many magazines with which I profoundly disagree – does that mean I don’t engage?

There are programmes on your station that I don’t really agree with. You probably don’t agree with them either. Isn’t that what open debate and journalism is about? Sometimes, listening to people you don’t agree with does you good.

It’s worth taking a moment to watch the Labour leader dismantle Ridge with customary gentleness.

The purpose of these ambushes is to create a subsequent media tsunami. But clearly, someone at the Conservative Press Office was unwilling to admit that this ambush had failed. They chose to roll the smear anyway. And it did not go well for them either. 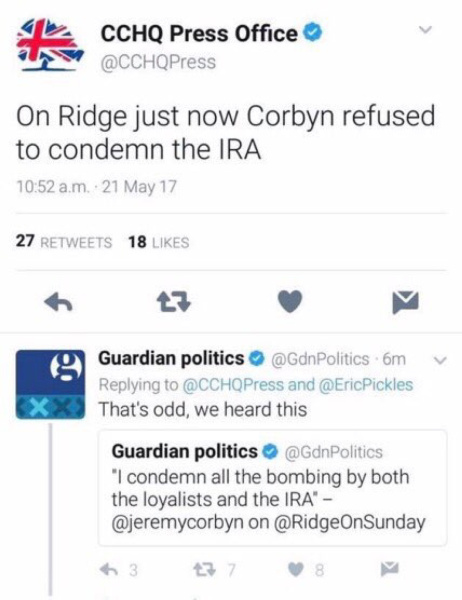 And it didn’t stop there. 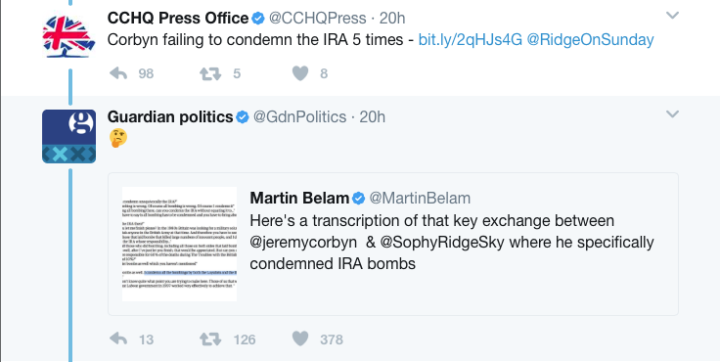 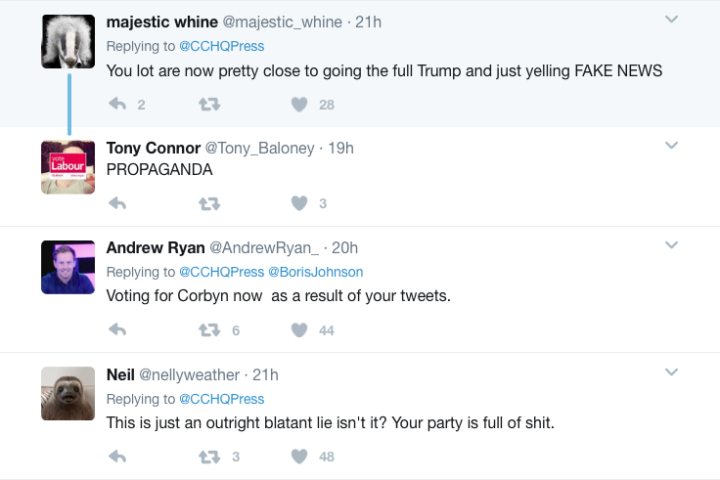 In the last week, the Conservatives’ polling lead has been slashed to single digits, and the wheels are falling off the May campaign. It is highly likely that we will now enter silly season, with everything thrown at keeping Corbyn from Number 10. But it will be UK voters who have the final say. Make sure you have yours.