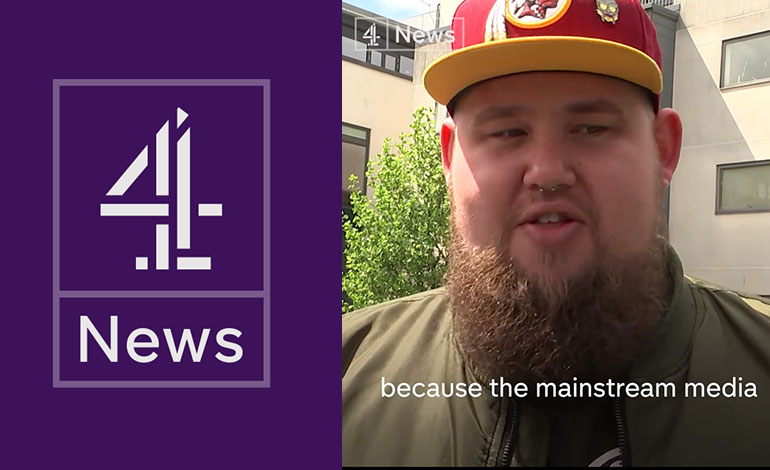 On 21 May, Channel 4 News posted a video on social media of its interview with musician Rag’n’ Bone Man. The interviewer asked the musician who he would be voting for in the upcoming general election and why. But the interviewer also made the classic error of showing media bias in action. Something which Rag’n’ Bone Man tore apart in just five words.

Despite having never voted before, the musician said he planned to vote for Labour in the upcoming election. He said:

I’ve seen a man [Jeremy Corbyn] that speaks with passion and I can relate to what he says.

Well it’s interesting because there is a ‘Grime for Corbyn’ but at the same time there are these deep worries of middle England that he’s not a leader.

… everybody knows why that is.

The musician goes on to talk about the mainstream media perpetuating this lie about Corbyn, and said it’s something which the public just repeats. Which is exactly what the interviewer was just doing — perpetuating a false image of Corbyn.

Channel 4 News then posted this clip with the statement: Musician Rag ‘n’ Bone Man explains how he thinks the “mainstream media” is negatively portraying the Labour Party leader. Failing to address how it just did that exact thing.

But some savvy listeners picked the news channel up on it. One user said:

Hey channel 4 news, why don’t you try admitting you’re part of the problem and apologise for it?

“Tell a lie long enough and loud enough and the masses will come to believe it” – Joseph Goebbels. The state of play our media is in when you can quote a Nazi propagandist and make sense is pretty dire.

Many people have praised Rag ‘n’ Bone Man for his frank and honest interview. Especially for standing up and exposing the media’s involvement. And the fact that Channel 4 News tried to recover the interview by distancing itself from the problem is pretty laughable.

– Find out more about biased reporting from Channel 4 News.

– Read more about media bias during this general election.